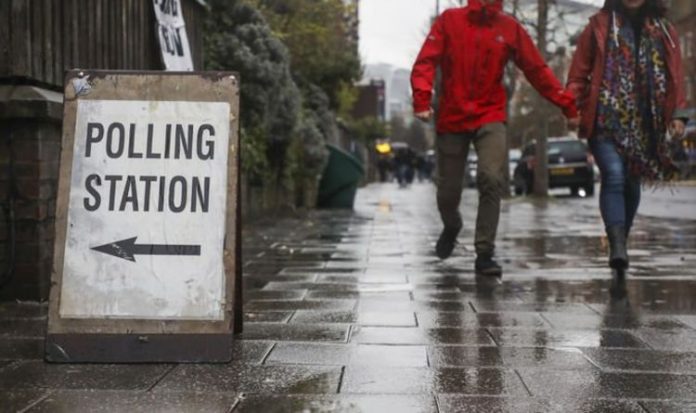 On May 6 voters in some parts of the country will cast votes in four major elections. Council contests which were delayed this year due to the pandemic will take place on the same day that voters elect new mayors and police and crime commissioners. Elections will also take place for the parliaments in Scotland and Wales as well as the London Assembly. The Government has a manifesto commitment to take action to combat election fraud but MPs now want measures in place before May 6. The Tory manifesto commits it to “protect the integrity of our democracy, by introducing identification to vote at polling stations, stopping postal vote harvesting and measures to prevent any foreign interference in elections”.

Election organisers in Liverpool will face one of the biggest logistical challenges in the country.

Voters will elect councillors for all 30 wards in the city as well as a police and crime commissioner for Merseyside, a mayor for Liverpool and a mayor for the Liverpool City Region Combined Authority.

Voters in Bristol and Cambridge will also cast votes in four distinct elections. In London voters will decide whether to grant Sadiq Khan a second term as Mayor and also elect members of the city’s assembly.

Romford Conservative MP Andrew Rosindell urged ministers to make sure the elections are free from corruption.

He said: “Our democratic system of free and fair elections is a precious thing. Faith in democracy has been diminishing in recent years and we’ve seen in America a concerning harbinger for what might be to come.

“It is vital that we fortify our democratic processes, which is why this Conservative government included voter ID reform in the 2019 manifesto. A pilot scheme in May 2019 showed that the overwhelming majority of people were able to cast their vote, and the data as importantly showed an increase in positive perceptions towards voter fraud safeguards in some pilot areas.

“Given this, it is right that the government is proceeding with legislation; however with the enormous democratic moment we are heading towards in the elections of 2021, when postponed 2020 elections will also take place, it would have made sense to bring these reforms forward, to ensure absolute confidence in next year’s ballots.”

Local Conservative MP Andrew Bridgen said the system worked “absolutely fine” and pushed for measures to stop fraud to be introduced across the country ahead of May 6.

He said: “I would like better verification and checking of postal ballots. Ideally, postal ballots should only be available in extreme circumstances…

“If these measures have got to come in, the sooner they come in the better… It is no good shutting the stable after the horse has already bolted.”

He said:  “Plans for mandatory voter ID are a ‘show your papers’ policy that has no place in Britain. Mandatory government ID risks locking millions of people out of our democracy, at a huge cost to both taxpayers and free elections.

“£20million per election could be put to far better use than turning our election staff into bouncers – a role they don’t want. This is a case of very warped priorities from the government, with no hard evidence to back it up.

“The current system of secure registration, policing, trained election staff, and robust laws on personation works well. Most election wrongdoing is from parties, not ordinary voters.

“The Government is simply distracting from the real problems in our democracy: foreign donations, an unelected House of Lords, and unregulated secretive campaigning online.”

The Government says it is “working tirelessly” with public health bodies and local election teams so everyone can vote “safely and securely” in May. It says the process of changing the law will start early next year but because primary legislation will be required it will not be finished ahead of the May elections.

Outlining the changes that are on the way, a Cabinet Office spokeswoman said: “This Government will be introducing new measures to prevent the potential for voter fraud in our electoral system, further strengthening the integrity of UK elections. These will include ID checks at the polling station and rules that prevent abuse of postal and proxy votes.”