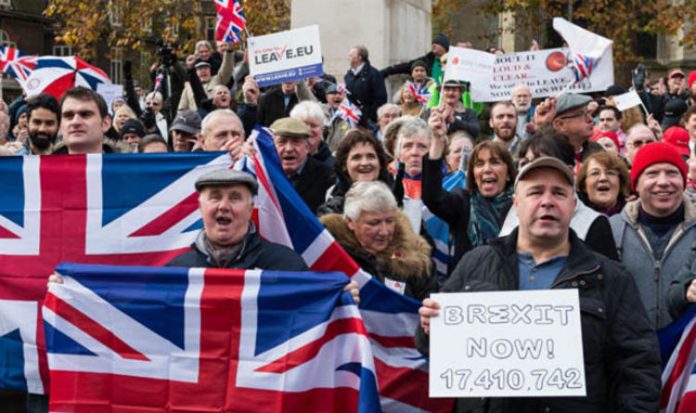 It allegedly exceeded its £7million limit by almost £500,000 over which leave campaigner Darren Grimes was fined £20,000 for his involvement in the affair.

Mr Justice Leggatt said yesterday the commission had “misinterpreted” the definition of referendum expenses in relation to Vote Leave’s campaign.

The findings have led to fears that the Electoral Commission is not fit for purpose and that senior members were swayed by their support for Remain.

The chairman of the commission, Sir John Holmes, has previously faced calls to resign over his public statements attacking Brexit.

He expressed his distaste for Brexit in a speech where he said that he regretted the referendum result and complained about “the panoply of Eurosceptic nonsense about the EU” heard during the campaign.

Tory MP Jacob Rees-Mogg, the leader of the pro-Brexit European Research Group, said: “This is a very serious judgment and it is very concerning that the watchdog responsible for electoral law does not appear to understand electoral law.

“It is a fact that some senior figures have expressed anti-Brexit views and they should now consider their positions.

“You expect the umpire to be neutral in a contest.”

Shrewsbury MP Daniel Kawczynski said: “Serious questions about the commission and its conduct must be investigated by Government.”

Even arch-Remainer Lord Adonis conceded that the commission had been “extremely incompetent”.

The commission was criticised for reopening its inquiry into Vote Leave twice and refusing to investigate the Remain campaign after complaints made by former cabinet minister Priti Patel.

The judge said there will be a further hearing to determine what orders the court should make as a result of its ruling.

The commission hit back last night saying the judgment had been misinterpreted.