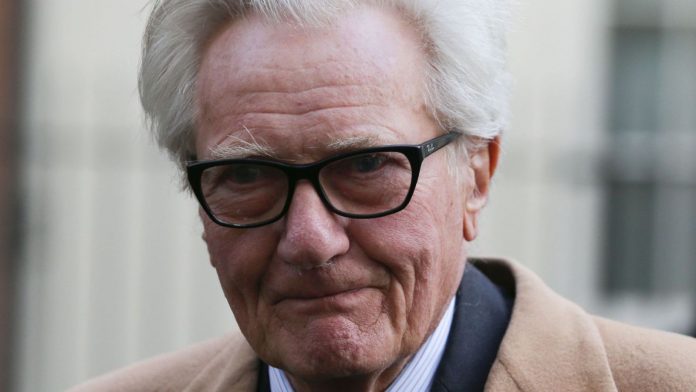 Boris Johnson looks likely to become the next Conservative leader but the move will probably divide the party, Lord Heseltine has suggested.

The former deputy prime minister – who has been an outspoken critic of Mr Johnson – said a string of recent negative headlines about the former foreign secretary have not done him irreparable harm.

Lord Heseltine’s comments come as Mr Johnson urged MPs to focus on “chucking Chequers” rather than seeking to oust Prime Minister Theresa May.

Around 50 pro-Brexit Conservative MPs spent nearly an hour plotting ways to replace Mrs May on Tuesday evening amid continued anger over the Chequers plan for Brexit.

Guto Harri, a former key adviser to Mr Johnson, said the former foreign secretary was “digging his political grave” and would be a “hugely divisive figure” if he took the top job.

He said Mr Johnson was “dragging us into a place where we think that we can joke about suicide vests and that we can be sexually incontinent”.

The former London mayor faced a Tory backlash when he claimed Theresa May’s Brexit strategy had put the UK in a “suicide vest” and handed the detonator to Brussels.

Lord Heseltine told BBC Radio 4’s The Week In Westminster: “Has he done himself any irreparable harm? Well I don’t think he has.

“What you have to say to yourself is who the Tory Party membership of the House of Commons is going to choose to send to the activists of the Conservative Party in any leadership campaign.

“Whilst there is strong opposition to Boris, I find it difficult to think of two names that they will send that don’t include him.

“And, if he gets before the activists, my guess is that he will get the nomination.”

He added: “All that is one thing. But if you then ask a second question. Does that unify the party? Does that solve Brexit? Does it get Britain back into the centre ground.

“Those are the key questions about achieving power and my doubts and reservations are very substantial.”

Mr Harri, who was Mr Johnson’s communications director when he was London mayor, said his former boss was doing “enormous damage” to himself with his increasingly controversial use of language, which has always been “very calculated”.

He told the programme: “I fear that Boris is digging.

“Somebody needs to take the spade out of his hand or it looks to me like he’s digging his political grave.

“It’s one thing to deploy humour and charm and intellect and all these things he has in spades which he has done brilliantly in the past, not least his exquisite gift of language.

“But at the moment it is being deployed in a really destructive and self-destructive way that I think is doing enormous damage to him as well as to the country.

“People always said he shot from the hip and used language loosely or gaffed.

“It was always very calculated.

“It was just calculated in a very, very clever way in the past.

“Over a period of time, Boris did move from celebrity to statesman and did widen his appeal enormously.

“He was a huge unifying figure by the end of my time with him when the Olympics happened in London.

“There were people on left and right.

“He would not have been re-elected in a left leaning city like London if he hadn’t appealed to the left.

“Now he’s gone the other way. He’s become more tribal, and tribal within the tribe, so that he would now be – if he were to become leader – a hugely divisive figure.

“Unfortunately he is now dragging us into a place where we think that we can joke about suicide vests and that we can be sexually incontinent.”

When asked if he had a message for Brexiteers seeking to oust the prime minister, Mr Johnson told the Daily Telegraph: “It’s not about the leadership. It’s about the policy.

“It’s not about changing prime minister.