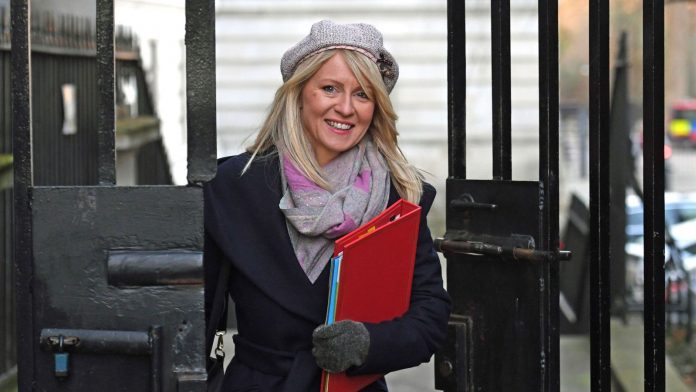 The National Audit Office (NAO) took issue with remarks from Work and Pensions Secretary Esther McVey about its highly-critical report into the roll-out of the government’s controversial universal credit welfare reforms.

In an open letter, auditor general Sir Amyas Morse said parts of her statement were incorrect and unproven, a highly unusual move that has sparked calls in some quarters for Ms McVey to resign.

Sir Amyas said it was “odd” Ms McVey had told the Commons that the NAO did not take into account recent changes in the administration of universal credit, when the report was “fully agreed” with senior officials at her department days earlier.

He added the claim that the NAO had concerns that universal credit was being implemented too slowly was “not correct”.

Sir Amyas also took issue with Ms McVey’s assurance that universal credit was working, describing the claim as “not proven”.

Addressing the Commons following the publication of the letter, Ms McVey said: “While speaking in Parliament in answer to questions on the NAO report into universal credit, I mistakenly said that the NAO had asked for the rollout of universal credit to continue at a faster rate and to be speeded up.

“In fact, the NAO did not say that and I want to apologise.”

She continued: “I want to apologise to … the House for inadvertently misleading you.

“What I meant to say was that the NAO had said that there was no practical alternative to continuing with Universal Credit.”

She said: “This is a very serious matter. Esther McVey appears to have misled Parliament in misrepresenting the findings of the NAO report.

“She sought to rubbish the NAO report, rather than respond to its findings, which were damning of her government’s flagship social security policy, even though her own department had agreed the report prior to its publication.”

“Theresa May should replace her with someone who has the humility to recognise that without significant changes, a national roll-out of Universal Credit will cause considerable, unnecessary hardship, to some of the most vulnerable of our fellow citizens across the UK,” he said.

The NAO’s report, which was published last month, highlighted the problems caused for claimants by delays in receiving payments under universal credit.

Under the government’s reform of the welfare system benefits such as tax credits, unemployment and housing benefit will be consolidated into one monthly payment.

It is designed to simplify the system and provide added incentive for claimants to find employment.

But opponents say the implementation of the policy has been chaotic, with claimants facing hardship, being put into rent arrears and having to rely on food banks because of issues with receiving payments.