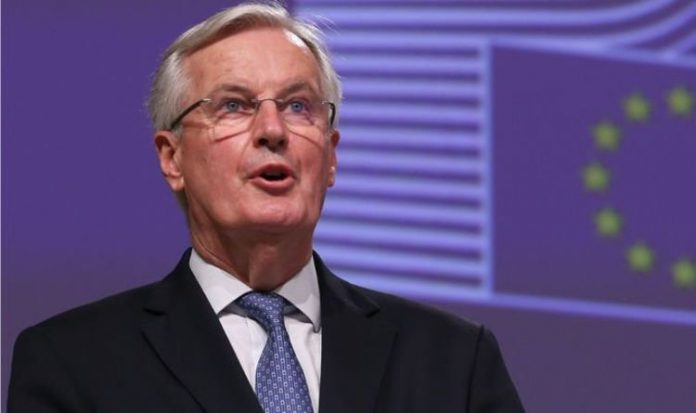 The former Brexit negotiator for the bloc suggested that its leaders must make an example of the split to prove it’s “better to be inside than outside”. He said they should prepare to “combat” the same levels of resentment that prompted Britain’s referendum.

Mr Barnier, who has taken on a new role as Brussels’ special adviser on UK-EU relations, also said the EU should resist ironing out bumps in cross-Channel trade after Britain’s decision to quit the single ­market and customs union.

He said: “Brexit means Brexit, it cannot be business as usual.”

Speaking about Euro-scepticism at an online event, Mr Barnier said: “Today, in many regions, there is this anger, the same feeling against Europe, the same problem to understand what we are doing at the European level.

“We have to be vigilant because it is always a risk for the future. This risk can be ­combated by the proof that it is clearly a better situation to be inside the EU than outside.”

Euroscepticism has been rising across the bloc since Britain’s referendum in 2016.

Only 40 percent of Europeans ­now see the bloc as a “positive” thing. Separate Eurobarometer analysis found more than half of Europeans were “not satisfied” with the EU’s response to the pandemic.

These frustrations continue ­­to grow, prompting Hungary to become the first European state to approve Russia’s Sputnik V vaccine and the Oxford jab.