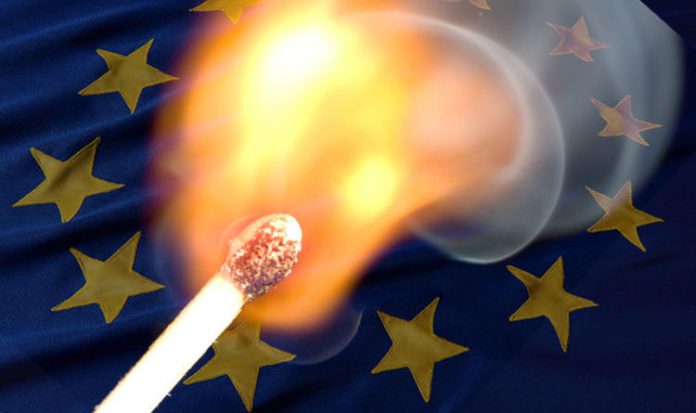 The popular matches, which can be ignited against most surfaces, are being phased out due to new Brussels regulations.

The controversial EU diktat, which came into force at the end of May, bans the sale of chemicals used to make the matches.

The products are being replaced by safety matches, which can only be struck on the strip attached to the packet.

Seth Davidson, 44, from Pimlico, south London, attacked the move by branding it “insane”.

He told the Sunday Times: “There’s literally no harm to having ‘strike anywhere’ Swan Vestas.

“It also seems rather strange that we’re still adopting EU rules when we’re leaving the union in less than a year.”

A spokesman for Swan Vestas said: “Republic Technologies, which owns Swan Vestas, is removing all ‘strike anywhere’ matches in its range due to changes in EU regulations.

“We have taken a number of factors into account including environmental impact, customer feedback, safety and ongoing production costs when making this decision.”

The news comes as the EU prepares to ban the sale of halogen lightbulbs at the end of the month.

The measure, which aims to reduce energy use, means households will be forced to buy more expensive LED lights from September.

Halogens are sold in supermarkets for about £2 a bulb, while prices for their LED counterparts start at about £4.

The European Commission claims LED bulbs are better value for money, despite coming more, because of their long life and efficiency.

A report on the Commission’s website said: “This phase-out in 2018 will have the advantage of offering greater monetary savings for European consumers and help the environment.

“This is in line with the Energy Union priority of improving Europe’s energy efficiency, with the final goal of ensuring secure, sustainable, competitive and affordable energy.”

Conservative MEP Syed Kamall said the EU’s move to “force” consumers to buy LED bulbs “will come across as heavy-handed”.