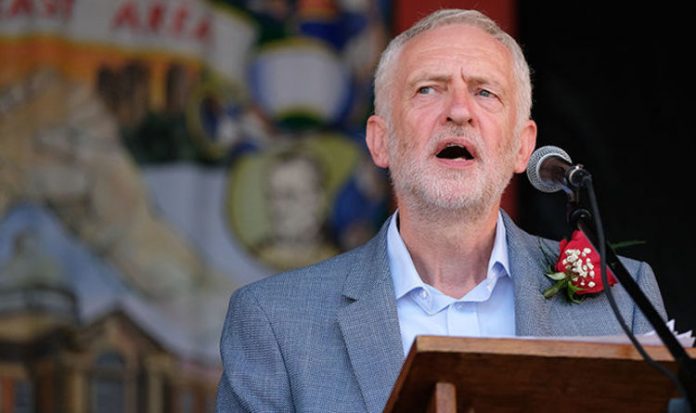 The unions have hired lawyers to examine the legal definition of anti-Semitism, according to the Sunday Telegraph.

It comes as the anti-Semitism row threatens to overwhelm an embattled Mr Corbyn.

The leader has been blasted by a torrent of criticism over his handling of the crisis, with Labour failing to adopt all 11 IHRA examples of anti-Semitism.

The party has omitted four of the 11 examples from their code of conduct.

On Saturday, a 2014 photo emerged showing Mr Corbyn holding a wreath near the Tunis graves of the terrorists who murdered Israeli athletes at the 1972 Munich Olympics.

Mr Corbyn claimed he was paying respects to victims of a 1985 Israeli air strike, but he was pictured 15 yards from that memorial.

And now Labour’s three biggest trade union donors are set to crank up the heat further on Mr Corbyn and demand he backtracks on Labour’s adopted anti-semitism definitions.

A motion to adopt all of the IHRA definitions will be submitted to Labour’s ruling National Executive Committee on September 4, the Sunday Telegraph reports.

A Labour Party source told newspaper: “The big trade unions – Unite, GMB and Unison – will come behind an adoption of it.

“It will be facilitated on to the agenda.

“By October everything will be done and dusted and people will wonder what it was all about.”

A defiant Mr Corbyn has refused to accept all 11 IHRA definitions, claiming Labour’s version adopted seven word for word and “captured the essence of the other four”.

But Labour MPs fear even accepting the IHRA definitions will not be enough to defuse the toxic row ripping through the Labour Party.

One MP told the Sunday Telegraph: “This issue is not going to go away until he accept the full definition and kicks out the anti-Semites from the Labour Party for good.

“This problem predated the Labour Party’s discussions of that definition.

“Every time he has tried to address it he has made the problem worse.

Trade union backers are said to be frustrated that Labour is failing to land blows on the government as the anti-Semitism scandal overshadows the party’s Build it In Britain campaign on manufacturing.