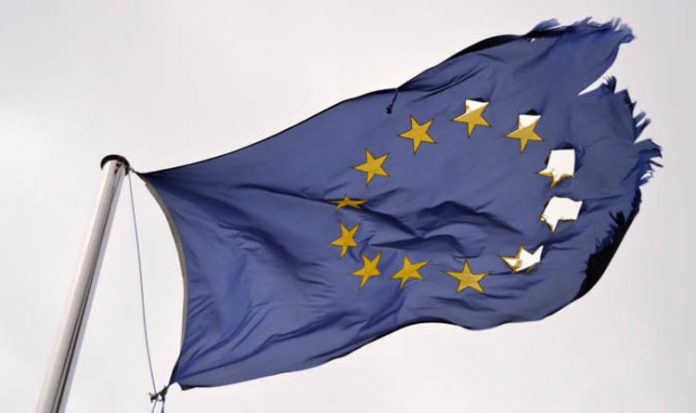 Even in France, seen as a leading champion of the political union, trust levels were low.

The research also found that most countries in the EU were more concerned about immigration than pre-Brexit UK.

Immigration is seen as the most important issue facing the EU, ahead of terrorism.

It comes after the EU agreed a new emergency policy on immigration after all-night crunch talks at a joint summit in Brussels on Thursday.

The external border of the EU will be tightened and holding areas, likely to be in North Africa, will see officials separate asylum seekers and illegal immigrants.

However, German Chancellor Angela Merkel said more needed to be done to resolve disagreements and European Council President Donald Tusk said it was “too early to talk about a success”.

The findings on immigration and trust are from the latest “barometer” of public opinion across the EU’s 28 member states.

The most worried about immigration were Estonia and the Czech Republic.