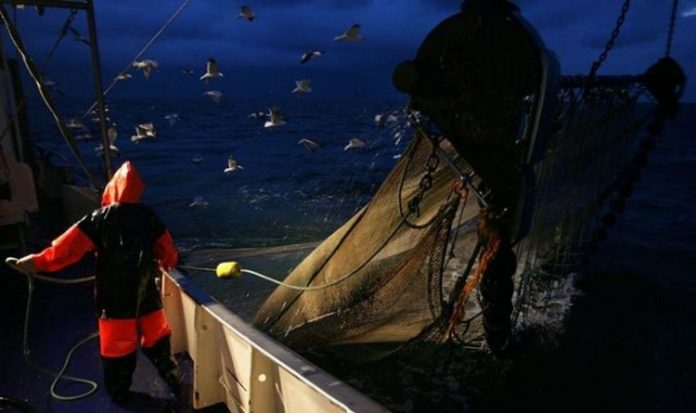 Activists from the Oceana NGO said European MPAs were merely “paper parks” that provide little actual protection. An Oceana study found more than two thirds of MPAs were affected by at least one major threat from damaging industrial fishing practices. It found fishing gear affected 86 percent of the network intended to protect sea life habitats while just 0.07 percent of the total MPA network area was unaffected by any of the threats assessed.

Oceana senior director Vera Coelho said: “Our study quantifies, for the first time, the appalling extent to which Europe’s largest MPA network is essentially made up of ‘paper parks’.

“To match their ambitious rhetoric on targets for marine protection, it is essential that European governments and the European Commission prohibit extractive and industrial activities that take place inside MPAs as they are fundamentally incompatible with the concept of protected areas.”

Oceana’s analysis also found that more than 53 percent of a selection of MPAs assessed had not reported any management.

Where such plans did exist, 80 percent of them proved to be generally incomplete and characterised by weaknesses such as a failure to address major threats impacting sites.

The adoption of management had often been seriously delayed – leaving sites unmanaged for up to 11 years.

Marine protection campaign director Nicolas Fournier said: “While the EU and the

UK now aim for 30 percent of MPAs by 2030, a radical change is needed to give MPAs actual teeth to restrict economic activities and effectively protect nature, especially in a degraded marine environment facing significant and increasing pressures, including from climate change.”

The group said during the last decade, the race to designate MPAs has meant that quantity has come at the cost of quality with many MPAs designated on paper but with no management.

Oceana’s analysis shows many MPAs aim to deliver just a “legal minimum” to protect a limited number of features in each site rather than the wider ecosystem, and largely fail to address widespread threats like maritime traffic, fishing and dredging.

It said this failure was highlighted by the ongoing decline of marine species and habitats inside European MPAs, as confirmed by the European Environment Agency’s latest State of Nature report.

Oceana is now urging governments to radically change their management and adopt broad-scale prohibitions of activities incompatible with MPA objectives.

Campaigner Stephen Russell has said bottom trawling was easier to legally define than the term “supertrawler” and is urging people to sign a newly-published online petition.

“I want the Government to ban bottom trawling.

“Fish stocks need to be protected, not just by fishing quotas but by protecting their habitat.

“It’s one thing to over-fish but quite another to remove their breeding grounds.

“These areas may never recover leading to sterile British waters.”

The petition, which can be found on the Government’s parliament petition’s website, comes after an alliance of environmental groups, including Oceana, called on the EU to ban bottom trawling amid warnings of huge gaps in the bloc’s Biodiversity Strategy 2030.