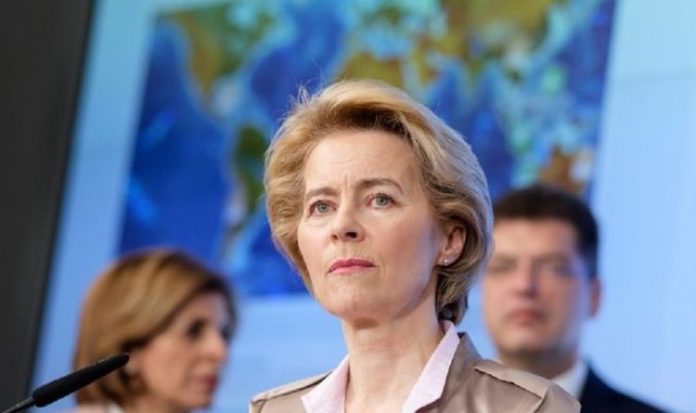 Michael Gove, the Cabinet Secretary, said that the UK and Brussels would now “reset” their relations in the aftermath of Brussels’ reversed attempt to invoke Article 16 of the Northern Ireland protocol on Saturday. This would have allowed Brussels to unilaterally impose customs controls on goods entering Northern Ireland from the Republic in an attempt to prevent Covid vaccines from reaching the UK from EU territory. Mr Gove said that the European Commission recognised its “mistake”, after talks with European Commission vice-president Maroš Šefčovič.

He added that they had both agreed to put the people of Northern Ireland first.

Earlier, the EU’s decision to invoke Article 16 had drawn widespread criticism from politicians in both Ireland and the UK.

She said it was proving to be unworkable and was creating serious problems in trade between Northern Ireland and the rest of the UK.

Senior Tory Conservatives also called on Boris Johnson to take a wrecking ball to the agreement.

This prompted a furious response from the European Commission that insisted the company must divert supplies from its two manufacturing sites in the UK.

An AstraZeneca spokesman said the company had “committed to even closer co-ordination to jointly chart a path for the delivery of our vaccine over the coming months”.