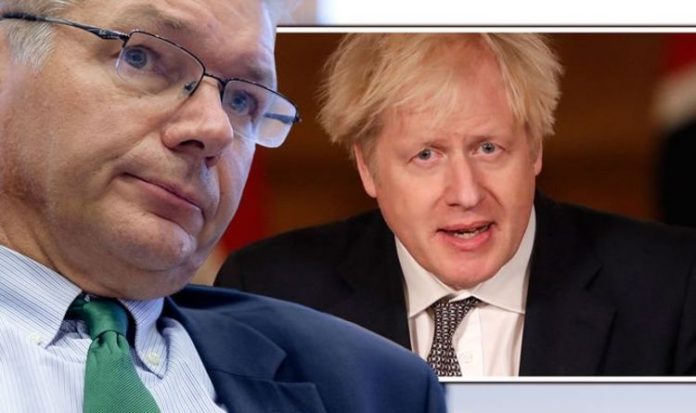 European Commission President Ursula von der Leyen has announced that the UK and the EU have reached a “fair” deal after months of haggling. Prime Minister Boris Johnson is also set to make an announcement today just days before the transition period’s end on January first. Reports suggest Mr Johnson is confident that he can win over Brexiteer MPs in the Conservative Party as the anti-EU European Research Group (ERG) turn to their lawyers to scrutinise the deal. While most of the group are set to back a deal, it has emerged that as many as 20 ERG MPs could be planning to vote the deal down.

Nigel Farage, prominent Brexiteer and leader of the Brexit Party, tweeted his anger about the deal.

He said: “It sounds like the British team has dropped the ball before the line.

“No wonder they want a Christmas Eve announcement to hide the fisheries sell-out.”

Even if Mr Johnson can win round Brexiteers in the UK, Belgian MEP Philippe Lamberts tells Express.co.uk that some in the EU may never forgive Mr Farage and former Vote Leave chief Dominic Cummings.

The Co-President of the European Greens said he “cannot be friends” with the Brexiteers who “lied about the facts”.

Mr Lamberts is also a member of the Brexit Steering Group in the European Parliament, and said that the Conservative Party he sees today is unrecognisable from the one he has worked with for years.

He accused the Tories of being “taken over” by eurosceptics, adding that it is “beyond disappointing.”

Mr Lamberts said: “Frankly what disappoints me most, is that by and large the Conservative Party has been taken over by the Brexiteers.

“It’s stronger than disappointment, to see the Tories advocating the UK not respecting its signature regarding a treaty.

“I have been working with Tory members in the European Parliament, I respect many of them, but the Tory party I now see in the UK is not the Tory Party I know.

“It is an English nationalist party that has been hijacked by the methods of people like Nigel Farage, and this has nothing to do with democracy.”