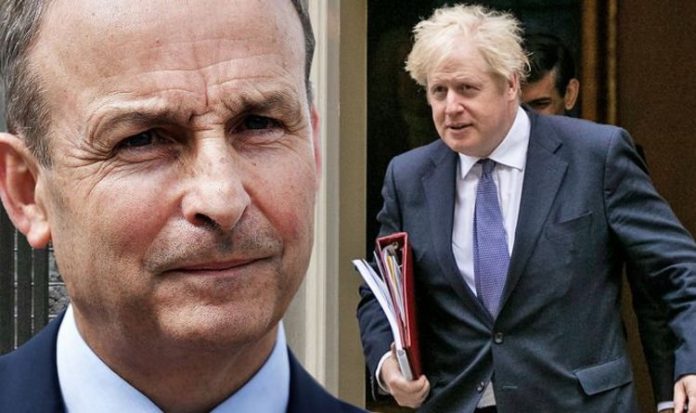 Downing Street has warned the UK “will not be back to negotiate next year” if a trade deal is not secured in the coming days. At the end of the EU summit last week, Prime Minister Boris Johnson urged the UK to start preparing for a no deal after saying Brussels had not shown sufficient flexibility by his nominal deadline of October 15. His spokesman did not rule out talks ongoing over further weeks, but stressed that the ratification process would take “a period of time”.

He added: “We have been repeatedly clear that any agreement will need to be in place before the end of the transition period. We will not be back to negotiate further next year. We must provide assurance and certainty to our businesses and citizens and endless prolonged negotiations won’t achieve this.”

Asked if he meant that leaving without a deal would preclude one from being struck next year, he said “correct”.

As the clock ticks down and tensions rise, David Henig, director of the UK Trade Policy Project at the European Centre for International Political Economy, has delivered a gloomy verdict about the state of the negotiations.

He wrote on Twitter: “Trade deal or not, the Brexit dream is dying.

“Trade deal and we spend the coming years in a push-pull relationship with the EU over economic alignment. No deal and we intensify the battles over the future of the UK.”

Mr Henig argued that at the basic level the UK will still have greater freedom outside the EU.

However, he noted it will be far from the dream because the US and EU have demands over regulation in trade deals, and transnational business supply chains use their regulations.

“Through not joining the UK in leaving.

“Through focusing EU unity and obtaining US support.

Mr Henig continued: “The major question for the UK now is how long we continue to fight geography and modern trade, even if politically convenient in England, until realising we have to deal with Europe, and therefore the EU. It could start in weeks, if a deal, or years, if not.”

He hit back: “You lost David.

“Get over it. We are going to be a sovereign, independent country again with the sort of relationship they have with the EU, not euro subjugation. You really hate that don’t you?

“We trade more with the rest of the world and only 13.5 percent of UK GDP depends on EU trade.”