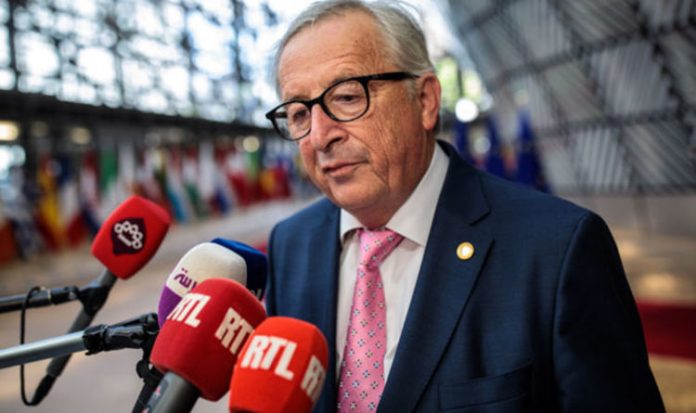 The commission has been in talks with Warsaw about several judicial reforms that the EU says threaten the rule of law in Poland, but they said swift action was needed on the Supreme Court issue.

European Commission spokesman Margaritis Schinas told reporters: “While the Polish Supreme Court law has already been discussed in the context of the rule of law dialogue between the commission and the Polish authorities, it has not been satisfactorily addressed through this process.”

The new retirement age, introduced by Poland’s Law and Justice (PiS) government, comes into force on Tuesday and would force more than a third of current Supreme Court judges to step down.

“Given the lack of progress and the imminent implementation of the new retirement regime for SC judges, the commission decided to launch the infringement procedure today as a matter of urgency.”

In a separate statement, the commission said it took the view “that these measures undermine the principle of judicial independence, including the irremovability of judges”.

The PiS government insists the changes are needed to tackle corruption and overhaul a judicial system still haunted by the communist era, but critics including the EU argue they undermine the division of powers and therefore threaten democracy and the rule of law.

In December Brussels triggered unprecedented Article 7 proceedings against Poland over “systemic threats” to the rule of law, which could eventually see Warsaw’s EU voting rights suspended.

Poland has a month to respond to the commission’s formal announcement, the first stage of a procedure that could end up in the European Court of Justice, the bloc’s top tribunal.

Several dozen Polish Supreme Court judges last week vowed to defy the reforms and stay in office after Tuesday, arguing that the government reforms were unconstitutional.