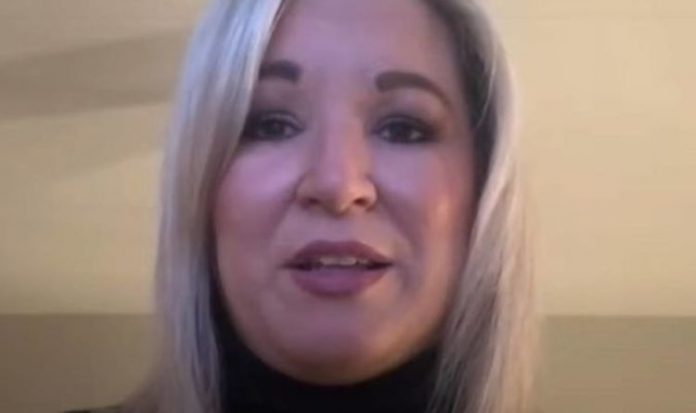 Michelle O’Neill claimed Brexit is becoming a “catalyst” for a united Ireland as many Irish citizens are now engaged in political conversations. The Sinn Fein politician added Northern Ireland did not want to leave the EU and were lucky to secure protections in the Northern Ireland Protocol. However, as the EU Commission U-turned on triggering Article 16 of the protocol, Ms O’Neill believed this headache would be entirely avoided if Ireland was reunited and still part of the EU.

Channel 4 host Krishnan Guru-Murthy discussed with the Sinn Fein Vice-President about the actions from the EU and asked: “If some sort of border checks are brought in at some point in time over some sort of dispute that we can’t foresee now.

“Does it make United Ireland more or less likely?”

Ms O’Neill replied: “Well, I think Brexit certainly has become a catalyst for the uniting Ireland argument, I think more and more people are now engaged in the conversation.”

“So I think that there is a conversation now that is irreversible, I encourage all of us to get involved in the conversation because when we look towards Brexit we can see that the British Government will always act in the interest of England.

“They’ll always act in their own selfish interests and they disregard completely the democratically expressed wishes of the people of Northern Ireland who voted for remain.”

This means goods can travel in and out of the country very similarly as if they were still in the bloc.

Krishnan Guru-Murthy also asked: “What do you think the EU or the Commission has learnt from this?

“Because it does rather suggest that if they try to trigger Article 16 over the supply of vaccines it’s definitely going to be triggered at some point in time.”

Ms O’Neill said: “It should never have been deployed, it was a huge fundamental mistake on the EU’s side.

“What I expect, and I’ve communicated this to the Irish Government very strongly, I expect them all to adhere to the protocol that was secured.”