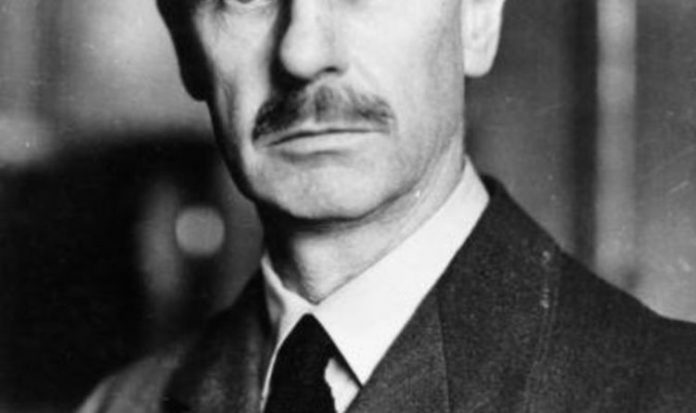 RAF pilot Sir Hugh Dowding said in a private letter to Lord Beaverbrook in 1961 that “all the unemployables” of Europe would “invade” Britain if the nation was to join the ECC.

The late Sir Hugh warned the bloc would “succeed where Hitler failed”.

The letter was penned four years after the creation of the ECC, which was then known as the common market and 12 years before Britain joined.

In 1991 the ECC was absorbed by the European Union as it surged in power and size.

The correspondence was unearthed today at an auction and five months before Britain will leave after 45 years of membership following the Brexit result from the June 2016 EU referendum.

The three-page letter is expected to sell for a minimum of £1,500 with Nottingham-based International Autograph Auctions.

Lord Beaverbrook was a Minister of Aircraft Production in Winston Churchill’s War Cabinet at the time of the Battle of Britain in 1940.

It begins with the RAF air marshall, responsible for masterminding operations in the Battle of Britain, thanking the peer for sending him a gift of cheese from the West Country.

The historic letter reads: “What a terrible menace this European Common Market is.

“All the unemployables of Europe will invade us & succeed where Hitler failed.”

He goes on to refer to Prime Minster Harold Macmillan’s attempts to join the EEC, which would be rejected by French president Charles de Gaulle 18 months later.

He wrote: “I think that even Macmillan is a bit shaken by the amount of opposition he is meeting.”

Auctioneer Richard Davey said: “This is a letter of exceptional and historic content, not least for the similarities Dowding writes of between Hitler and his policies during World War II and the state of the European Community in the early 1960s.

“However, this is a private letter from the architect and victor of the Battle of Britain to Lord Beaverbrook.

“Dowding considered Beaverbrook to have been equally responsible for Britain’s victory as a result of his increased production of the Spitfires and Hurricanes which ultimately overwhelmed the German Luftwaffe.”

The letter’s timing is fitting as now a new French President, Emmanuel Macron, could facilitate a deal for Britain on its way out of the EU.

Sir Hugh Dowding, nicknamed “Stuffy” by his colleagues due to his aloof character, organised the air defence systems that curbed Nazi leader Adolf Hitler’s attack on the UK.