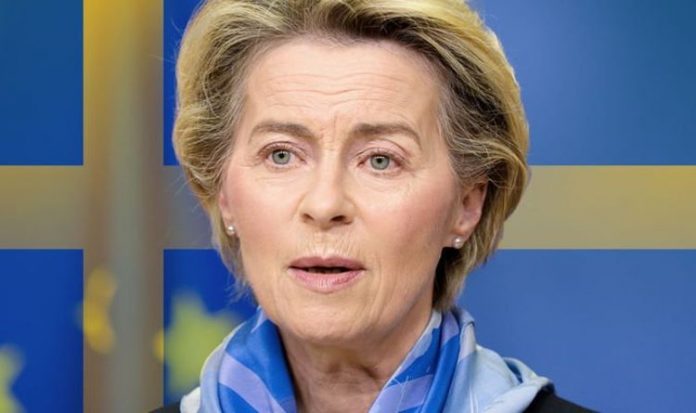 The UK’s departure from the EU marked a historic moment in the history of the bloc, and sparked speculation over who could leave next. No eurosceptic movements have built the sort of momentum that figures in the UK achieved, but an expert on Swedish politics believes a successful Brexit could turn heads in Stockholm. Mikael Sundstrom told Express.co.uk that if the UK’s departure from the EU works out, politicians in Sweden may try to capitalise.

He said: “Brexit itself and what it’s done to the country, the polarisation of the UK, it’s put many eurosceptic politicians in a pause because they don’t want anything like that.

“If Brexit is a success, however, maybe there will be a resurgence of Euroscepticism.

“Although at this point I have to say it has quietened down all the Euroscepticism that is out there.”

Mr Sundstrom believes Sweden’s economy is too small to cope outside the EU – an issue that deters Swedes from demanding Swexit.

He added: “The UK was a more difficult partner to the EU than Sweden can be.

“There is no question of Sweden managing economically outside the EU, we have much more to lose.

“The UK is a big economy, a global power in many respects. But Sweden is a small export-dependent country, we simply have to align with EU countries.”

Mr Sundstrom added that the EU’s vaccine crisis could also see eurosceptic figures in Sweden attempt to capitalise if the crisis is prolonged beyond the end of this year.

However, he said “if we get back to normality by 2021 then the attention will return to normal issues. and won’t affect the election next year.”

Mr Sundstrom also highlighted that the Sweden Democrats – a far-right anti-EU party in the country – supported many of the Government’s measures, so may struggle to make political gains from the pandemic.

“They shared similar views on exports trade, foreign policy for example. The UK and Sweden regularly teamed up on other issues.”

In fact, Professor Sundstrom added that Sweden are “anglomaniacs” and therefore “naturally aligned” with Britain.

In 2016, two months before the UK voted to leave the EU, a poll in Sweden showed that the country could be inspired by Brexit.

The survey by Sifo showed that 36 percent of Swedes would want to follow the UK out of the EU in the event of a Leave vote.

The poll was tight, however, as 32 percent said they would still want to stay in the EU.