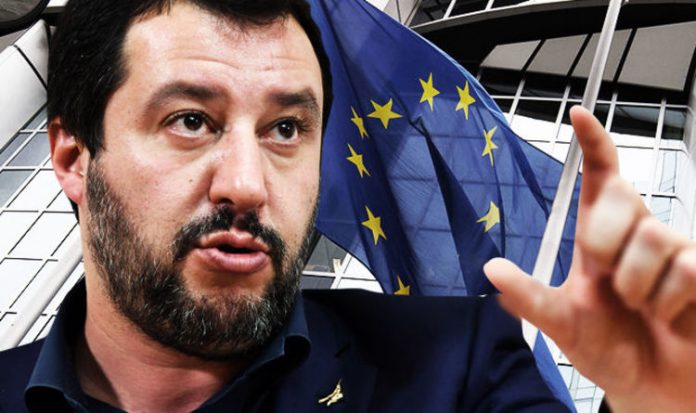 Mr Salvini, Italy’s deputy prime minister and leader of right-wingers League, pledged to “liberate” Europeans in the same way he has spearheading an anti-establishment coalition with the Five Star Movement.

Addressing an outdoor rally in northern Italy, the populist heavyweight proclaimed his and League’s idealism is the “last hope for this Europe to stay alive”, promising to produce a similar movement in the heart of Brussels politics.

Mr Salvini told the Pontida crowd: “I am thinking about a League of the Leagues of Europe, bringing together all the free and sovereign movements that want to defend their people and their borders.”

He said League would be at the front of Italian politics for the next 30 years and he will unleash his mantra of European politics at the next vote to elect MEPs in May 2019.

The Italian will have to plug the eurosceptic gap left by the Nigel Farage-led Europe of Freedom and Direct Democracy group, which is home to 45 of the European Parliament’ 751 MEPs, including the remainder of Ukip’s representatives.

The EFDD also is the home of Five Star’s MEPs, which means they will have to find a new home if elected once again in next year’s vote.

Without British eurosceptics, Brussels is losing a significant number of its 151 anti-EU politicians but it presents Mr Salvini, whose League are members of the Europe of Nations and Freedom grouping, with the opportunity to unite his Rome coalition partners in the European Parliament.

This presents a worrying proposition for pro-EU politicians in Brussels, especially after Italy’s new prime minister Giuseppe Conte kicked up a storm at the recent European Council summit.

The political newcomer held a “knife to the throat” of Brussels as he disrupted his fellow European leaders’ agenda ahead of their crunch migration talks, according to one EU diplomat.

Emerging from the marathon summit talks, Mr Conte welcomed the eventual agreement as a sign that Italy was “no longer alone” in dealing with arriving migrants on its shores.

On the fringes of last week’s summit, an EU diplomat revealed Mr Conte had struck up a good working relationship with French President Emmanuel Macron.

The pair were spotted several times in hurdles as they attempted to reach an agreement that pleased them both on migration.

Mr Macron said: “With Giuseppe Conte, we are working together to find a European agreement on the sharing of refugees.” 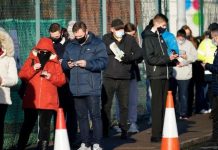