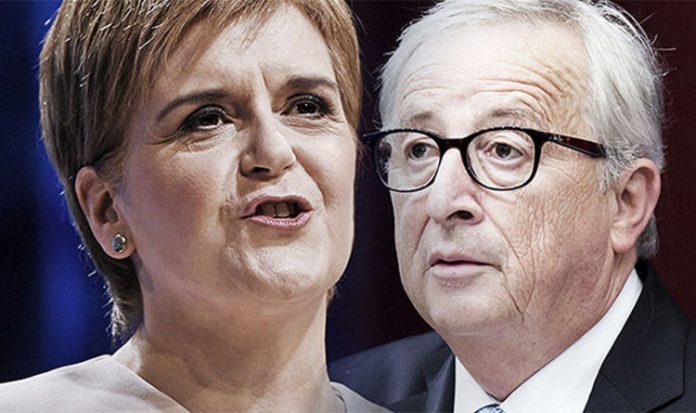 The SNP’s Michael Russell insisted a second Scottish independence referendum will take place and that EU leaders will accept the nation as an independent state.

Mr Russell told the Scotsman: “The choice will come – we just have to see how we get there.”

Mr Russell’s words came after former president of the European Council, Herman Van Rompuy, warned a no-deal Brexit could lead the break up of the UK.

Scotland’s First Minister Nicola Sturgeon had vowed to fight for a second Scottish independence referendum this autumn and said the UK’s departure from the EU without a deal would be an “unmitigated disaster”.

Referring to a second Scottish independence referendum, Mr Russell added: “I don’t accept the premise that there won’t be a Section 30 order, I think that is something which is still a possibility.

“The outcome will have to be a choice that the people of Scotland will have to make between Brexit and another future. There’s no other future but independence in those circumstances.

“When we get to the stage that it’s Brexit or independence, people will have to be asked that question.

“I don’t know when that will be – but I do not doubt that will have to happen. As to how that happens, that’s what we need to work on.”

The Section 30 order refers to an agreement signed by both Westminster and Holyrood, such as the one agreed upon by former Prime Minister David Cameron and Alex Salmond in 2013.

Mr Russell also said EU leaders would welcome membership for an independent Scotland after Brussels said in 2014 the process of Scotland re-applying for membership would take years if it ever were to happen.

Mr Russell added: “I do think that if this process is undertaken constitutionally and correctly then it will be accepted by all member states.

“I do think that if this process is undertaken constitutionally and correctly then it will be accepted by all member states.

“I do detect throughout the EU a much stronger sympathy. I do think that the scepticism of 2014 has gone away.”

Voter turnout was recorded at 84.6 percent.