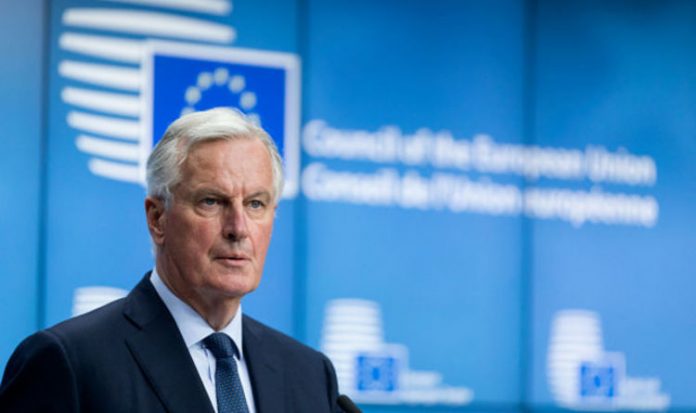 In the latest sign Brussels is finally easing up on its hardline stance to Britain, EU officials are re-wording language on the Irish backstop in a bid to make it more accessible to the UK.

But sceptics said despite concessions coming from the bloc, allowances will have to be made on both sides of the Channel, with Prime Minister Theresa May hinting these could take place when the Conservative Party conference wraps up next month.

The conference could see Mrs May face a leadership challenge by Brexiteers who are plotting to oust her if she does not change her negotiating hand with the EU.

Eurosceptics claimed her Brexit vision of the UK remaining in the customs union and single market is a betrayal of what 52 percent of Britain voted for in the June 2016 referendum.

Although it remains unclear if Tory rebels have the backing to drive her out, the revolt comes at a time when the bloc has shown signs of accepting a compromise with Britain on the Irish backstop issue.

Any document redrafted by the EU would need to be accepted by the Northern Irish Democratic Unionist Party (DUP) that props up Mrs May’s government.

But EU diplomats told Bloomberg there is now “inexorable momentum” toward a deal.

Mr Barnier said on Monday it is “realistic” to expect a divorce deal with Britain in six to eight weeks – suggesting the divorce could be settled by the week beginning October 15 – just in time for the EU Summit on October 18.

The EU chief negotiator said: “I think that if we are realistic we are able to reach an agreement on the first stage of the negotiation, which is the Brexit treaty, within six or eight weeks.

“Taking into account the time necessary for the ratification process, the House of Commons on one side, the European Parliament and the Council on the other side we must reach an agreement before the beginning of November. I think it is possible.”

His positive outlook saw the pound soar to a five-week high of $1.3052 against the dollar, up around one percent on the day, and rose around 0.5 percent against the euro.