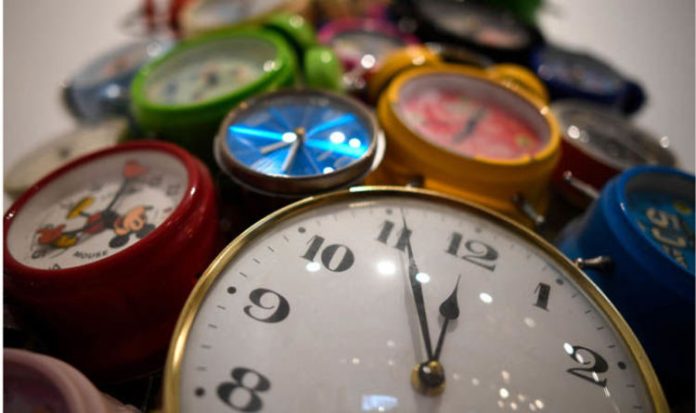 The move will not affect Britain directly because it will be free of Brussels rules from 29 March next year with Brexit.

However, it threatens to create a new time border between Ireland and Northern Ireland if the UK continues the tradition of changing the clocks.

Keeping summer time will also strongly disadvantage countries in the north of Europe who will have darker mornings.

Previous attempts in Britain to help the economy in the south west of England by scrapping winter Greenwich Meantime has been strongly opposed by farmers and politicians in Scotland.

The EU proposal comes after a survey found 84 percent of 4.6 million citizens across the 28 member states opposed changing the clocks ahead in the summer or back in the winter or just opposed switching either way.

Mr Juncker said on German television: “Millions believe that summertime should be all the time.”

A Commission spokesman said the proposal would drop that requirement.

Alexander Winterstein rebuffed suggestions that would lead to confusing variations in keeping time from one country to the next.

Mr Winterstein told a news briefing: “It would be surprising if the outcome of the directive was one that doesn’t make sense for European citizens and for business.”

The DUPs’ Sammy Wilson said: “It’s just further proof, as if it were needed, that Brussels is bonkers.

“It wouldn’t just be a time border, it would be a ticking time bomb under the proposed backstop arrangements which are contested.”

The East Antrim MP, a member of the UK Parliamentary committee on Brexit’, added: “It’s another reason why Theresa May should be putting it up to the EU that there will be no backstop.

“The Irish government can put the clocks back, or forward, whatever they like. That’s up to them.

“But we in Northern Ireland will have the same time zone, the same rules, the same customs arrangements and same regulations as the rest of the UK. “That’s the bottom line for us.”