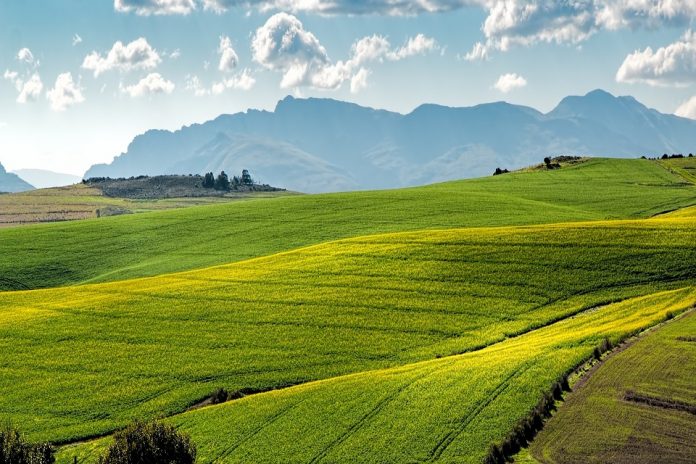 Environment Secretary George Eustice has said farmers can face the future with confidence now that we have left the EU as many sectors continue to see strong market prices and the UK’s self-sufficiency in food production has increased for the first time since 2014.

Speaking at the National Farmers’ Union’s (NFU) annual conference today (Tuesday 23 February), he said while there were challenges in some areas, many farming sectors have seen a welcome boost to profitability, despite a challenging year due to the coronavirus pandemic. Lamb and beef prices have been running at ten-year highs and profits in many sectors had increased.

He also signalled plans to use powers in the Agriculture Act to strengthen the position of farmers in the supply chain and to bring transparency and fairness and signalled the intention to support new entrepreneurs seeking to get access to land and set up their own farming business.

The Environment Secretary also invited farmers across England to take part in the next crucial stage of the Government’s flagship green farming policy. He announced that hundreds of farmers around the country will pilot the Sustainable Farming Incentive. After nearly 50 years of being tied to burdensome outdated EU rules, we have an opportunity to build back greener. The Sustainable Farming Incentive is a new scheme which will reward farmers for taking actions that benefit the wider environment to create greener landscapes, promote cleaner air and water, and guard against environmental risks such as climate change and flooding.

Farmers will be able to shape the design of the scheme by taking part in the pilot, which will welcome expressions of interest from March before it begins in the autumn.

In his speech at the NFU Conference, Environment Secretary George Eustice said:

Now that we have left the EU, new payments and incentives will reward farmers for farming more sustainably, creating space for nature on their land, enhancing animal welfare and reducing carbon emissions. The era of top down EU rules is over. Our future policy is about supporting the choices farmers make for their own holdings.

The pilot will allow farmers to choose from a range of standards based on specific features of the natural environment such as grassland, hedgerows, water bodies or woodland. Each standard brings clear environmental benefits and contains several actions which farmers can apply to their own farms in order to receive payment.

An early version of the Sustainable Farming Incentive will be launched in mid-2022 and expanded over time. It will start with a core set of sustainable farming actions, which will build incrementally as we apply our learning and more funding becomes available.