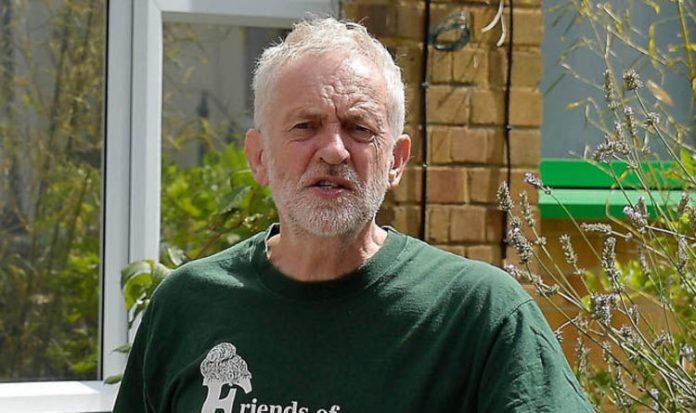 He said: “It’s not a comment on any people who have chosen to remain. This is just what’s right for me. It’s just a personal thing.”

In March Mr Harris said Labour could acknowledge the existence of anti-Semitism in the party, “confront it and deal with it. Or it can shrug, mutter something about UN Security Council resolutions and continue to court the support of those on the far-Left who are the source of the problem”.

He added: “Jewish members of the party have scant reason for optimism about which course will be pursued.”

Mr Harris was a former MP for Glasgow South and stood as a candidate to lead the party in Scotland seven years ago.

Mr Corbyn wrote a newspaper article last week designed to draw a line under the anti-Semitism issue, but critics say it did not go far enough.

Labour was even accused of deliberately releasing the piece on Friday, the Jewish Sabbath, limiting an immediate reaction from the community.

Jonathan Sacerdoti of the Campaign Against Antisemitism said: “The Jewish community is not homogenous… but at the moment there is extraordinary unity in the Jewish community (with many) extremely worried about the prospect of Jeremy Corbyn becoming Prime Minister.”

In his article, Mr Corbyn denied that Labour posed a threat to Jews but admitted his party had a “real problem” with anti-Semitism.

He said staff had seen “examples of Holocaust denial, crude stereotypes of Jewish bankers, conspiracy theories blaming 9/11 on Israel, and even one individual who appeared to believe that Hitler had been misunderstood”.

But Mr Corbyn backed Labour’s new code of conduct, which does not meet the International Holocaust Remembrance Alliance definition of anti-Semitism.

Meanwhile Labour is taking action against MPs Dame Margaret Hodge and Ian Austin, who spoke out over alleged anti-Semitism in the party.

But Labour’s Leftwing Momentum group withdrew its support for Mr Willsman after the tape emerged.