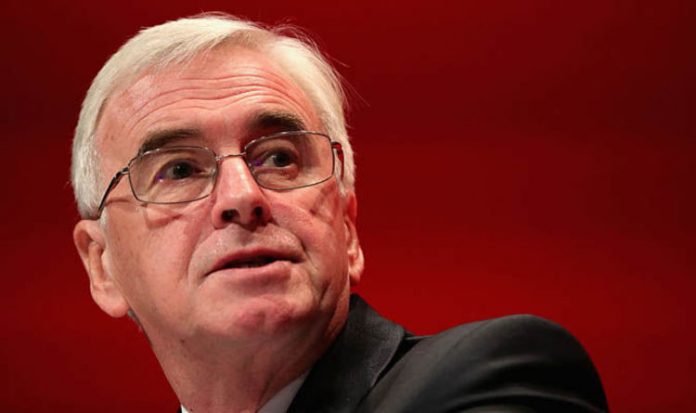 This week far-Right activists welcomed the release of Tommy Robinson, founder of the English Defence League, freed after the Court of Appeal ordered that he should be tried again for contempt of court.

Mr McDonnell said Labour had to show leadership on the issue.

He told the Sunday Express: “We must not underestimate the scale of the recent growth of the far-Right and its consequences for our society.

“The onus is now on Labour to take the lead against these reactionary forces by calling them out and placing a transformative programme before the electorate that offers hope to people on job creation, tackling low pay, providing affordable housing and driving up living standards.

“The far-Right have no answers on these issues and instead seek to stir up hatred and division”.

Brandon Lewis, the Conservative chairman, said: “We must tackle extremism in all its forms. Labour should deal with the anti-Semitic racism within its own party.”

Mr Robinson has become a hero for some on the far-Right in recent months.