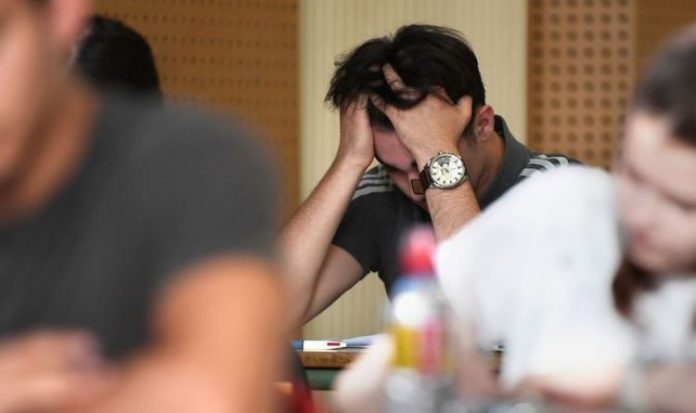 The Conservative MP said that he wants exam regulator Ofqual to be set a deadline in October to decide whether to scrap exams in 2021 and again award grades based on teachers’ assessments. Mr Halfon is expected to issue this message this week before delivering it to education secretary Gavin Williamson on September 16.

He said: “It is 50:50 that exams go ahead next summer. Schools, the Department of Education and Ofsted need to work out how much disruption there will be to pupils’ learning in the coming year.

“Serious analysis needs to be done and then they need to make an announcement about exams within the next few weeks.”

He warned that pupils may have fallen too far behind due to months out of school and raised fears that a second wave could force pupils back to home learning.

Labour has called for next year’s A-level and GCSE exams in England to be pushed back in order to cope with the impact of the coronavirus crisis on pupils.

Shadow education secretary Kate Green said pupils entering Year 11 and 13 who have lost up to six months of teaching time face “a mountain to climb” unless the timetable is changed.

Miss Green said that exams due next May need to be delayed until June or July to facilitate extra teaching time.

An Ofqual spokeswoman said: “There are no plans to cancel either GCSEs or A-levels in 2021. There are also currently no plans to curtail programmes of study.

“But we keep all plans constantly under review because the progress of the pandemic is uncertain.”

It comes as Gavin Williamson warned that children who do not return to the classroom when schools return this week face a “huge dent in their future life chances”.

In an open letter to parents, the Education Secretary said it is “generally accepted” that children’s health and wellbeing is more at risk if they do not go to school, despite the risks posed by the coronavirus pandemic.

The Government has insisted all students should return to classrooms in September, after six months of remote learning.

“If a child is not in school, they stand to lose far more than just a few months of learning. It could well put a huge dent in their future life chances,” Mr Williamson said.

“Education is a birth right, so let’s make sure we get all children back – back to learning, back to playing and back to being kids again.”

The Education Secretary, who has been under pressure since presiding over a U-turn on A-level results following an outcry from schools and students, added that an “extensive study” by the British Medical Journal found a “vanishingly small” risk due to Covid.

The research, he said, confirmed the chances of a pupil being admitted to hospital are “tiny” and said the country’s top medical advisers, including Chief Medical Officer Chris Whitty, believe the health risks to children are “extremely low”.

“Huge lengths have been taken to prepare our schools for this moment”, the letter goes on.

But teachers have raised concerns about the thoroughness of preparations, with some say they had not yet been able to finalise their plans.

READ  Change of Her Majesty’s Ambassador to Mali: Barry Lowen

If you would like to see coronavirus levels in your area, please fill in your postcode below.

And a new survey has revealed that nearly nine in 10 teachers believe staying socially distant from both pupils and other staff will not be achievable when schools reopen.

A poll of nearly 6,000 school staff in England found that 86 percent of respondents said minimising contact between pupils will not be possible, while two thirds (66 percent) fear guidance to avoid busy corridors, entrances and exits is unrealistic.

The wide-ranging survey by Tes also found than more than a quarter of staff (28 percent) may not comply with the test and trace programme should there be a COVID-19 outbreak at their school.

More than a third (35 percent) feel that the Government’s approach to coronavirus safety in schools will not work and leaves them “at risk”.

Around 4,500 teachers were among the nearly 6,000 staff who responded to the online survey, which took place at the end of last term.