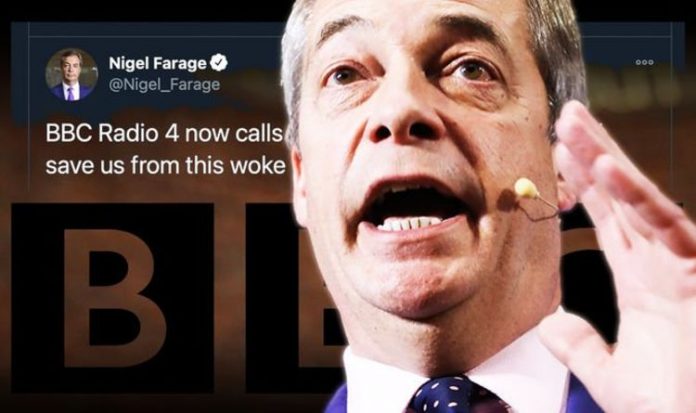 Mr Farage tweeted: “BBC Radio 4 now calls fishermen “fisherpeople. God save us from this woke cobblers.” His comments come after the BBC’s Europe editor Katya Adler used “fisherpeople” during a debate about fishing rights after Brexit.

He said: “If anyone feels the need to change the nomenclature, that’s easily resolved.

“In North East Scotland, where I’m from, they refer to ‘fishers’.”

Speaking to the Daily Telegraph he added: “There are women in the industry on the processing and management side including a president and chair of this federation so the reality is that women are well represented in the industry as a whole but not very much on the catching side.

“It’s really only a handful.

Mr Deas was asked if his organisation would change its own name.

He said: “If it was a request from a woman president and chair of our executive committee, or if it came from some of the big fishing businesses run by women, we would very rapidly change.

“Once Brexit hits there won’t be a fishing industry anyway”

BBC guidelines suggest that using “men” for job descriptions should only be used on-air when the job is the sole preserve of men.

The guide states: “Unless you are sure only males are involved, avoid words such as ‘newsmen’, ‘businessmen’ and ‘policemen’.