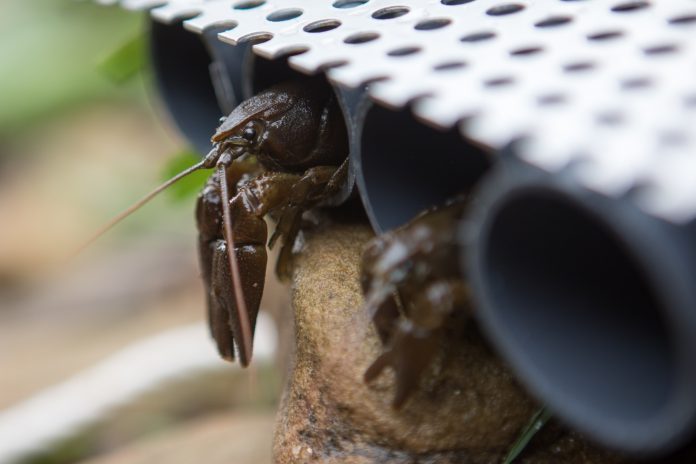 The Environment Agency is asking river users in Northumberland to play their part to help safeguard the future of the rare native white-clawed crayfish in the River Wansbeck.

It comes after increased reports of invasive American signal crayfish being present in the nearby River Coquet. Signal crayfish carry a plague disease which is fatal to the native species. Ecology experts are advising river users to take extra care not to transfer the invasive signal crayfish between the two rivers and put the protected white-clawed crayfish in danger.

At the moment, it is difficult to say how extensive the signal crayfish population is in the River Coquet, but it is essential that we take every step to prevent their spread.

River users should Check – Clean – Dry their footwear, equipment and even their dogs after spending time in and around watercourses. Anything that has made contact with the water and riverbank needs to be cleaned thoroughly after use with warm water and environmentally friendly detergent. Then fully dried for 48 hours to make sure all parasites are killed. This will help stop the disease spreading from one watercourse to another.

The River Wansbeck is one of the last native crayfish strongholds in the country.

The invasive signal crayfish poses a significant risk to the future of the native white-clawed crayfish and we want to do everything in our powers to help safeguard the population that lives in the River Wansbeck.

With the Coquet and Wansbeck catchments being so close to each other, river users including dog walkers, canoeists and anglers, often enjoy using both rivers. If the signal crayfish makes it into the River Wansbeck and other local rivers that support this native species, it could have a devastating impact on white-clawed populations.

The River Coquet is one of a number of North East rivers to have records of signal crayfish. Other rivers nearby include the River Pont and the River Blyth.

The Environment Agency has notified its partners in the area to help get the message to regular recreational users, as well as those organisations who may be doing work in the watercourses.

READ  Church of England bishop: If vaccine is good for Queen its good for all | Royal | News (Reports)

The crayfish plague is only harmful to the native white-clawed crayfish and can’t be transmitted to humans or other animals.

If you ever need to report anything to the Environment Agency please call the incident hotline on 0800 80 70 60.