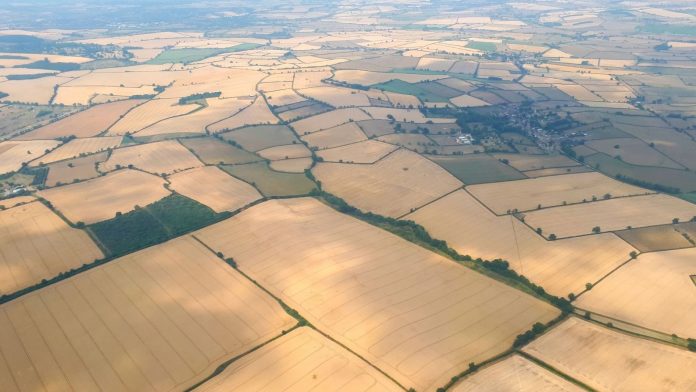 Emergency talks on tackling the “tinderbox conditions” of the drought and water shortages are to be held in Whitehall, involving ministers, farmers’ leaders and water company bosses.

The National Farmers’ Union (NFU) has announced it plans to hold a “drought summit” next Wednesday to draw up an urgent action plan of measures to mitigate the “crippling impact” of the heatwave.

The summit comes amid fears that the heatwave could have a serious impact on the UK’s food supply and after the Brexit secretary, Dominic Raab, admitted the government was taking steps to ensure there were “adequate” supplies in the event of a no-deal Brexit.

In a separate meeting, Environment Secretary Michael Gove is to read the riot act to chief executives of water companies that he says have “once again failed to meet their leakage targets”.

Announcing its drought summit, the farmers’ union said: “The NFU is seeking urgent action to address the crippling impact of the dry, hot weather on farms across the country.

“Many parts of England and Wales haven’t seen any significant rain since the end of May resulting in tinderbox conditions, severely reduced grass growth and depleted yields for some crops.”

The NFU’s summit will be attended by its own policy experts, other farming organisations, Defra, the Environment Agency, Natural England, the Rural Payments Agency and farming charities.

NFU President Minette Batters, who will chair the meeting, said: “The situation on the ground is hugely challenging across all sectors. There could be serious concerns for many farmers if this extended spell of warmer, drier weather continues as the long-range forecast suggests.

“I know some areas are expected to see thunderstorms and rain over the next couple of days but that won’t mitigate the many issues farmers are experiencing.

“It is vital that we come up with a plan and solutions to the issues that are now emerging across the industry.

“That’s why the NFU is calling this emergency summit next week in an attempt to look at ways to alleviate the pressures that are building on many farmers and growers.

“This unprecedented spell of weather really should be a wake-up call for us all. It’s a timely reminder that we shouldn’t take food production for granted. Farming is one of the most affected industries when it comes to managing volatility.

“Farmers have been fantastic advocates for change and are constantly adapting their businesses to deal with the challenges they face every day such as the weather. We need Government policies that invest in our sector and to support the vital work of farmers as food producers.”

According to the NFU, farming is the bedrock of the largest manufacturing sector, food and drink, which contributes £111bn to the country’s economy and provides 3.8 million jobs.

The agenda for the drought summit, to be held at the NFU’s London HQ, will include improving:

According to Defra, at Mr Gove’s meeting with water company chief executives he will demand answers on how they are going to address the serious issue of leakage and improve their performance.

The meeting comes after Thames Water was ordered by Ofwat to pay £65m back to customers as part of a package of payments and penalties, on top of a further £55m in automatic penalties incurred by the company for missing the commitment it made to customers to cut leaks.

On the drought summit, a Defra spokesperson said: “Defra is working directly with the NFU and organisations across the industry to support farmers through the dry weather.

“We have taken action to help farmers access additional fodder and provided flexibility for Countryside Stewardship and Environmental Stewardship agreement holders who are experiencing difficulties.

“We will continue working with all parties so farmers have the support they need through this difficult period.” 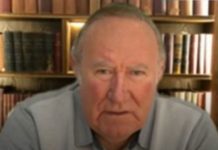