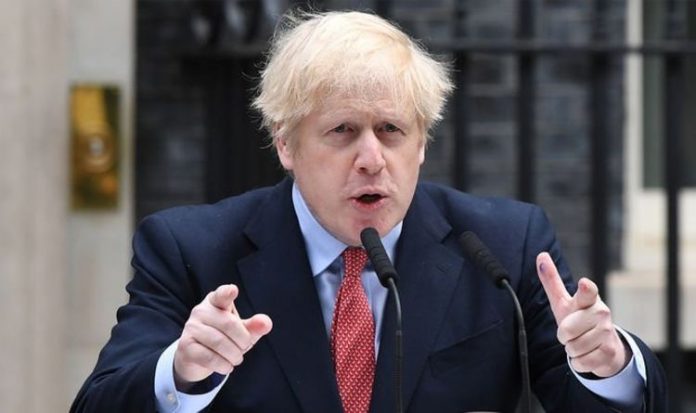 The claim was made by Neil O’Brien, who also chairs the Levelling Up Taskforce. Pressure is mounting for spending cuts after the coronavirus epidemic blew a huge hole in Britain’s public finances.

Currently the UK spends 0.7 percent of its GDP per year on international aid.

However some Conservatives are calling for this to be reduced to focus on the UK economy.

As the 0.7 percent commitment was included in the Conservative Party’s 2019 general election manifesto this would likely prove controversial.

He commented: “Britain is one of the biggest spenders on aid in the whole world, there are very few countries that spend as much.

“If we spend a little bit less we’ll still be one of the biggest contributors to international aid.

“There are other things we’ve got to fund.

The extra money will be spent on space and cyber capabilities as well as conventional forces.

Announcing the increase Boris Johnson said: “I have taken this decision in the teeth of the pandemic because the defence of the realm must come first.

“The international situation is more perilous and more intensely competitive than at any time since the Cold War and Britain must be true to our history and stand alongside our allies.

“To achieve this we need to upgrade our capabilities across the board.

“This is our chance to end the era of retreat, transform our Armed Forces, bolster our global influence, unite and level up our country, pioneer new technology and defend our people and way of life.”

Mr O’Brien emphasised that even if the UK’s international aid budget is cut it will still account for considerable expenditure.

He said: “We will always have an international aid budget, there’s no way we’re going to cancel.

“We will be spending billions and billions on international aid even at a difficult time for the country.”

However there are reports of some Conservative MPs threatening to rebel if this becomes policy meaning it may be difficult to get a reduction in oversea aid through Parliament.