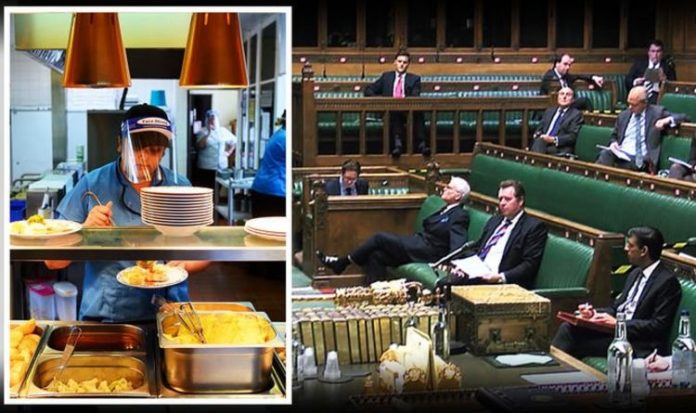 The petition asks for tax-payer money used to pay for MP’s food in Parliament should be diverted to feed the poorest children in the country.

The footballer has given a five-figure sum on behalf of his team-mates towards the campaign.

READ  London coronavirus lockdown: Tier 3 a matter of 'when not if' as cases SURGE in capital | UK | News (Reports)

“Therefore we are delighted to support the campaign from Leeds City Council inspired by Marcus.”

Portia Lawrie, who started the petition said: “I only started this petition yesterday.

“I was so angry that some MPs had rejected the chance in parliament and Marcus Rashford’s campaign, to extend free school meals into the school holiday.

“I couldn’t quite believe what I was watching unfold as hundreds of thousands of people threw their support behind it in less than 24 hours.

“Many MPs are pushing for free school meals to be extended into the school holidays.

“But it’s time for the Government to listen to them, and us, and make sure children across the UK do not go hungry and longer.