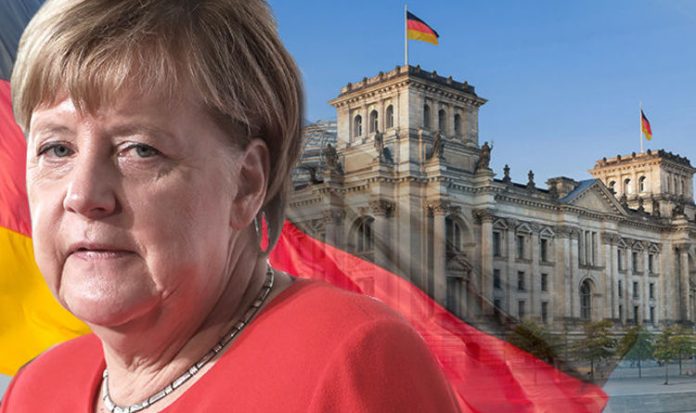 The German Chancellor, now in her third term, had been urged to step down from her role in the CDU amid plunging approval ratings.

The 64-year-old engaged her critics yesterday after saying she would run for re-election at the party congress in December.

Alexander Mitsch, a senior figure on the CDU’s conservative wing, said Mrs Merkel should quit for the sake of the party and country.

He said: “It would be better in the interest of the CDU and Germany if it paves the way for the much-needed…