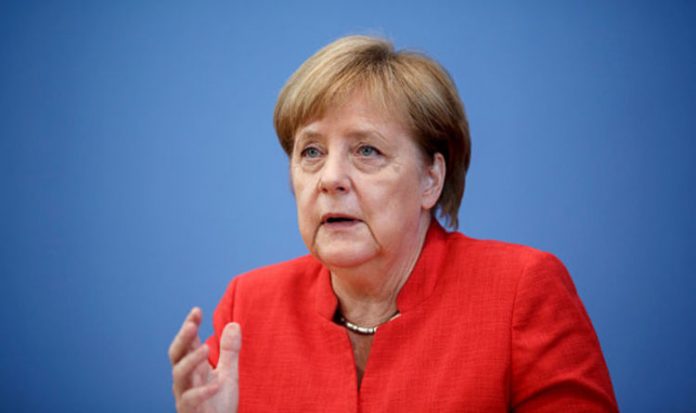 The EU member state has urged Prime Minister Theresa May and the EU’s chief negotiator Michel Barnier to do everything in their powers to dodge a hard Brexit due to fears it will cause “bottlenecks” in the financial sector.

The result of which would be catastrophic for the EU’s financial markets, though the nation says the prospect is becoming “more likely every day”.

German website Handelsblatt said: “If both sides remain stubborn, this can jeopardise the stability of the financial markets.

“If both sides remain stubborn at the end, it could jeopardise the stability of the financial markets.”

“For the money industry, Brexit is about much more than the question of how many bankers are moving from London to Frankfurt, Paris, Dublin or Luxembourg.”

“An unregulated Brexit would not only cost the city market share, it would also cause disruptions in the financial infrastructure, which in the worst case could lead to precarious bottlenecks.”

“When talking to European bankers, the managers are almost religiously reiterating that they are preparing for a hard Brexit, after all, you have to be prepared for the worst case scenario.”

The commentary ended with the assurance “common sense will prevail” on both sides.

The publication also stressed to Mrs May and Mr Barnier the urgency to get a deal done as the March deadline is now seven months away.

Handelsblatt said: “By October, conditions for Brexit should be negotiated, so politically we are facing a heated autumn.”

“How much is at stake, shows the fact that both sides almost simultaneously played their fear card in this game of poker.”

The warning comes after the pound took a nose dive following government warnings over a no-deal Brexit, which is also known as a hard Brexit thee the UK leaves the EU and the single market entirely.

Over the weekend, international trade secretary Liam Fox said there was a “60-40” chance of a no-deal Brexit.