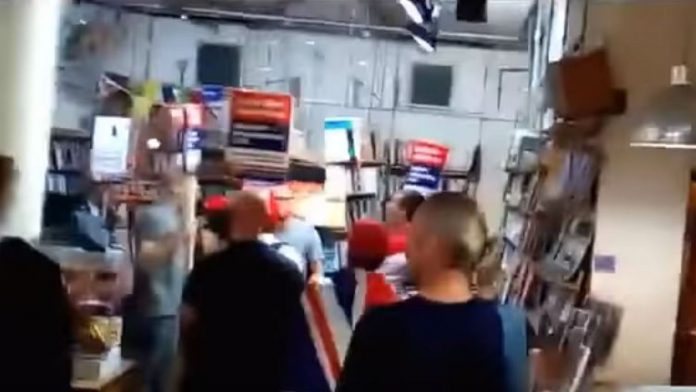 Police were called to Bookmarks, in central London, on Saturday to claims a group of demonstrators were “intimidating” staff and customers.

Video footage of the incident shows them chanting in support of Tommy Robinson, the founder of the far-right English Defence League who has been recently released from prison.

There were no arrests and no reports of any injuries following the incident.

“It is understood that the three members were involved in an incident at the Bookmarks bookshop in London on Saturday,” the party said a statement.

Hundreds of people wrote messages of support after the bookshop urged its followers to “send solidarity”.