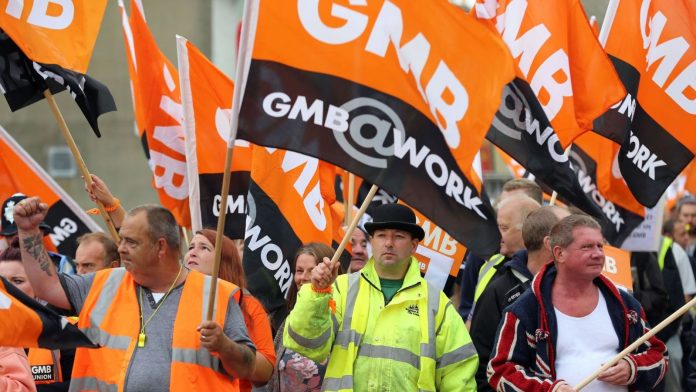 The GMB union, which represents 639,000 workers, has come out in support for a referendum on the final Brexit deal.

General Secretary Tim Roache said that promises made during 2016 campaign were “not the reality we are facing”.

He added that just as the union ballots members on negotiated settlements made on their behalf, so should the government get approval from the public for an EU exit plan agreed with Brussels.

GMB is thought to be the fourth biggest trade union in Britain, and represents workers in nearly all industrial sectors, and others including retail, security and schools.

Mr Roache made the announcement in a video message, saying it was “infuriating sitting on the sidelines” watching Brexit negotiations “because there is so much at stake”.

He promised he respected the 2016 result – 52% to leave – but that “how we leave the EU is as important as the decision to leave in the first place”.