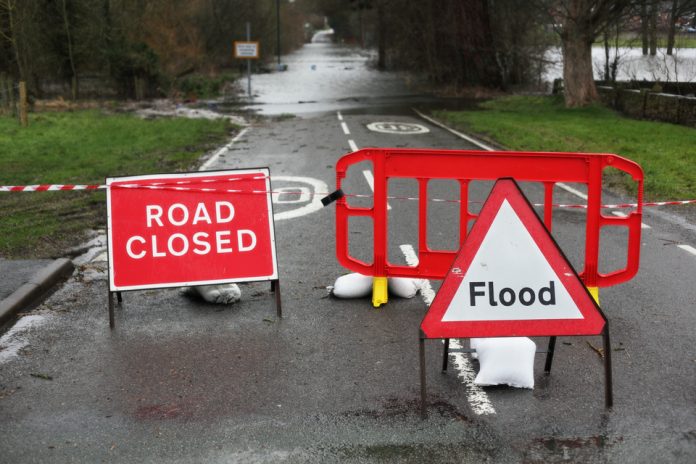 Householders in flood-hit areas who install property flood resilience measures – such as flood barriers, air brick covers and flood resistant coatings on walls – could soon be able to obtain discounted insurance premiums, under proposals being consulted on by the government today (Monday 1 February).

Under the new plans, insured households that experience flooding would not only claim money to cover the damage caused, but could also receive additional funds to build back better and make their homes more resilient.

The government has also published a Call for Evidence to look at changes to the flood funding formula to benefit frequently flooded communities, and ways to increase the uptake of property flood resilience measures so that homes and businesses are better protected.

In total there have been at least 23,000 publicly funded installations of property flood resilience measures since 2009. However, the government is seeking ways to increase uptake across the country, alongside providing record funding for new flood and coastal defences.

My thoughts are with all of those affected by Storms Bella and Christoph.

In Northwich last week I saw for myself the impact that flooding has on homes, businesses and communities. I am determined to get more support to people hit time and again by floods.

These plans aim to give households in flood-hit areas additional support to protect their properties.

During Storm Christoph 49,000 properties were protected by our defences. I recognise that this is of little comfort to those who have been flooded and that there is more to do.

The plans will give people in flood-hit areas more help to build back better and reduce the risk to homeowners in the future.

Combined with a record £5.2 billion government investment over the next six years in new flood and coast defences, hundreds of thousands properties will be better protected.

The consultation covers changes to the Flood Re scheme, a joint industry/government initiative, designed to reduce insurance costs for thousands of households by passing on the flood risk element of home insurance to Flood Re and charging a set premium to households based on council tax bands. Since its launch in 2016, over 300,000 households have benefited from Flood Re, with four out of five households with prior flood claims seeing reductions in their insurance premiums by more than half.

Additional measures being considered also reducing the cheapest subsidised premium for contents insurance provided for by Flood Re (£52), as evidence from Amanda Blanc’s Independent Review of Insurance, commissioned by the government, suggest these could still be too high for households on low incomes.

The Call for Evidence will explore how we can strengthen our flood and coastal defence investment programme through better assessment of local circumstances, including how potential changes to the funding formula could provide further benefit to frequently flooded communities. It will also looks at further ways to increase the uptake of property flood resilience measures to enable householders and businesses to better prepare for flooding.

The documents being published today are the latest example of the progress being made by the government on a wide range of flood risk management measures set out in the flood and coastal erosion risk management policy statement, published in July 2020.

The plan is the most comprehensive in a decade and includes investment of £5.2 billion to create around 2,000 new flood and coastal defences to better protect 336,000 properties in England by 2027.

The joint government and industry Flood Re Scheme is designed to improve the availability and affordability of flood insurance for UK households at high flood risk. The proposed changes aim to improve the efficiency and effectiveness of the scheme and to accelerate uptake of Property Flood Resilience measures, including:

This Call for Evidence is seeking evidence on how local factors can be taken into account in the government’s flood and coastal defence investment programme and how we can increase the uptake of property flood resilience.

Part 1 is seeking evidence to identify additional ways in which specific local circumstances can be taken account of in the government’s future flood and coastal defence investment programme, including:

We are also exploring how we can ensure timely and wider financial contributions to assist with the pace of developing a flood scheme.

Part 2 covers the range of enablers which need to work effectively in order to increase uptake of Property Flood Resilience: