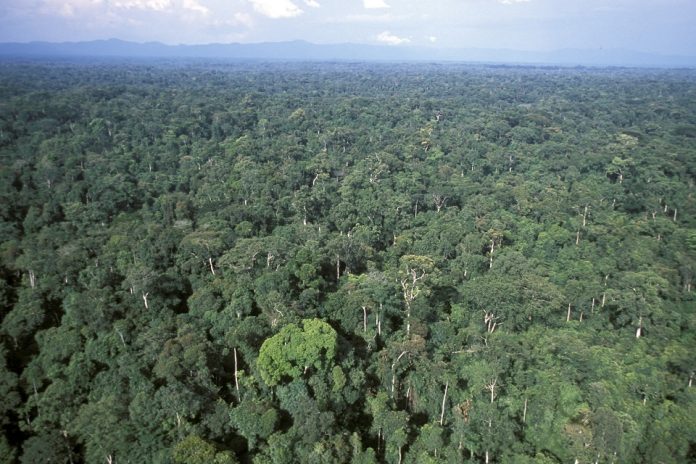 The UK will go further than ever before to clamp down on illegal deforestation and protect rainforests, the government has confirmed today, thanks to world-leading new laws being introduced through the landmark Environment Bill (11 November).

The move coincides with the publication of a new report setting out government’s approach to tackling deforestation linked to UK demand for products such as cocoa, rubber, soya, and palm oil. The report responds to the recommendations from the independent Global Resource Initiative Taskforce, which consulted over 200 leading businesses and organisations.

Combined, the package of measures will ensure that greater resilience, traceability and sustainability are built into the UK’s supply chains by working in partnership with other countries and supporting farmers to transition to more sustainable food and land use systems.

There were more than 60,000 responses to the government’s consultation, with 99% in favour of legislating on this critical issue.

One of the leading new measures is the introduction of a new law in the Environment Bill which will require greater due diligence from businesses, and make it illegal for UK businesses to use key commodities if they have not been produced in line with local laws protecting forests and other natural ecosystems.

80% of deforestation is linked to the expansion of agriculture, with land being cleared to make way for grazing animals and to grow crops. The UK imports over half of the food it consumes, and while in global terms the UK is a relatively small consumer of forest risk commodities such as cocoa, rubber, soya, and palm oil, we are leaving an ever-larger footprint on the world’s forests.

In every conceivable way we depend on the natural world around us. Rainforests cool the planet, provide clean air and water, and are a haven for some of the most endangered species on Earth – and so protecting them must be a core priority.

Our new due diligence law is one piece of a much bigger package of measures that we are putting in place to tackle deforestation. Our intent is not just to take world-leading domestic measures, but to build a global alliance of countries committed to working together to protect the world’s precious forests.

Last month, nearly 80 countries signed the Leader’s Pledge for Nature, committing to reverse the destruction of nature by 2030. The UK played a key role in crafting the pledge, and as hosts of the next and all important UN Climate Conference, we have a chance to turn those powerful words into action.

Due diligence has an important role to play in halting deforestation, fighting climate change and protecting communities.

We welcome these new measures as an important first step towards creating a level playing field in the UK, aligned with Tesco’s goal of zero deforestation. We hope this encourages all businesses to do the right thing.

Sir Ian Cheshire, the chair of the independent taskforce, said:

We are at an extraordinary inflection point – governments are having to invest in recovery and have choices about how to invest to build back better. One of the ways we can do this is through our supply chains and what we buy.

The Government’s Response to our GRI Report recognises the responsibility of the UK to ensure we are not importing deforestation and contributing to further environmental crisis, but doing so in partnership with other countries to help them make this transition to sustainability.

The GRI Taskforce will continue to support and advise Government towards ambitious outcomes as it delivers on these commitments in the run up to the UN Climate Change Conference next year.

We welcome the recommendations of the GRI report which recognise both the importance but also the complexity of addressing tropical deforestation.

It’s heartening to see the UK Government already adopting some of the recommendations with the inclusion of due diligence legislation in the upcoming Environment Bill and building a new approach to partnership with forest countries with the Sustainable Land Use and Commodity Trade Dialogue as the leading component of the UK’s Nature Campaign for the upcoming UN Climate Summit in Glasgow next year.

The success of this portfolio of initiatives from the GRI provides the UK with the opportunity to demonstrate global leadership and to catalyse much-needed change. Reversing tropical rain forest loss is essential to avoiding global temperature increases and biodiversity loss in the near future. The Green Finance Institute welcomes the ambition of the GRI recommendations and encourages government, business and the financial sector to match this ambition with action.

Through private and public sector collaboration we can support the transition away from supply chains which contribute to deforestation and land conversion, and move to a system which rewards the protection and restoration of forests and biodiversity – whether that be the advancement of the Environment Bill or government-backed financial solutions which enable UK businesses and banks to support sustainable supply chains.

Today’s report also details the Government’s wider package of measures to support countries and companies looking to reduce commodity drive deforestation, including through future trade policies, public procurement, and the development of a sustainable Food Service Sector Action Plan. Igniting change in the financial sector also features heavily in the government’s approach, including scaling up investment in sustainable land-use.

READ  Royal POLL: Should Meghan Markle and Harry drop titles if they want to move into showbiz? | Royal | News (Reports)

Alongside the domestic measures set out in today’s report, the UK Government will capitalise on its forthcoming presidency of the UN Climate Change summit next year in Glasgow to accelerate a global transition to more sustainable supply chains by bringing together producer and consumer countries of forest risk commodities to share perspectives and take action.

READ  Clive of India’s Durbar set at risk of export

Today’s announcement sets the tone for the ambitions of COP26 whilst driving forward a transition to sustainable patterns of production and consumption, a key commitment in the Leaders’ Pledge for Nature, signed at the UN General Assembly in September this year.