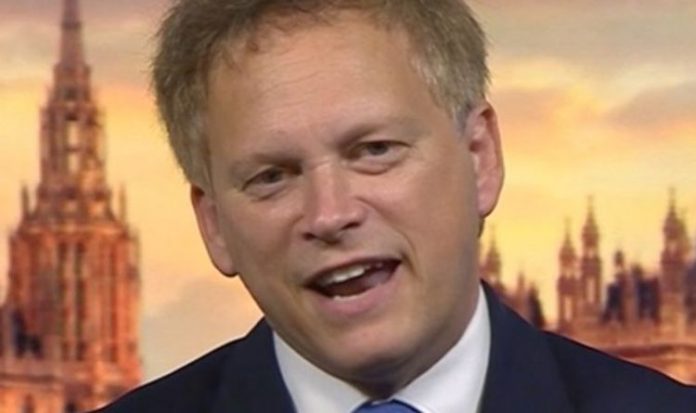 Grant Shapps rejected claims suggesting UK borders could descend into chaos at the end of the Brexit transition period because of lack of preparations. Logistic businesses and hauliers have warned of “major disruption” should the Government fail to put in place the necessary measures to process customs declarations and entries from January. But speaking to the BBC Today programme, the Transport Secretary insisted the past six months showed the UK would be able to cope with added pressure while still maintaining a smooth-running supply chain.

Mr Shapps said: “I have been in the job a year and I’m used to, through things like the previous Brexit deadlines and certainly through coronavirus, dealing with a large number of cataclysmic cases put to me.

“You will have noticed that through these last, very difficult six months where supply chains have been under record, enormous pressure, not once have we ended up running out of medicines.

“And though there was a run on toilet rolls and pasta and the like, there were never actually shortages.

Mr Shapps also dismissed suggestions claiming the Government had not been listening to businesses as he pointed out several meetings have been held through the years to work on the necessary border processing systems.

He added: “Across the Government, the planning for the end of the transition – I know COVID has distracted much of the country – hasn’t stopped.

“We have operation committees, I think we’re on meeting 200 at this point.

It’s true to say that until we have an outcome one way or the other with the EU in regards to these discussions on whether there is going to be a further agreement, of course, we can’t preempt that. And that creates some uncertainty.”

“We’re no further forward, six weeks ago we were raising concerns, nothing’s happened around the grants to support trade readiness and getting custom brokers on board.

“The bigger issue is about customs agents, there’s going to be another 220 million declarations that will need to be completed and that means another 50,000 customs agents to do that.”