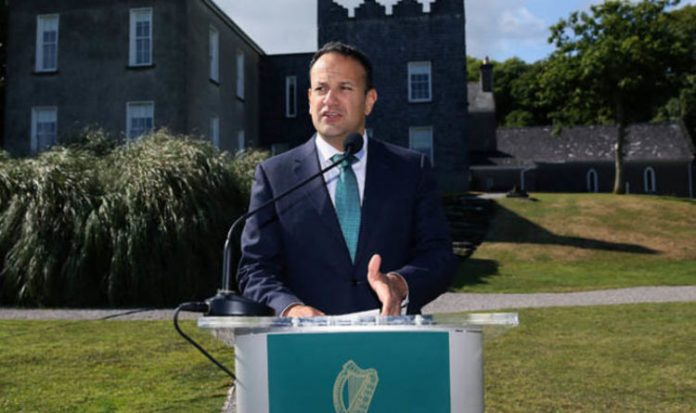 A Number 10 spokeswoman said the “overflight rights” are part of international treaty and not EU membership, despite Mr Varadkar’s threat.

The Irish taoiseach (prime minister) had warned: “The situation at the moment is that the UK is part of the single European sky.

“If they leave the EU they are not, and that does mean if there was a no-deal hard Brexit next March, the planes would not fly and Britain would be an island in many ways.

“If they want their planes to fly over our skies, they would need to take that into account.

“You can’t have your cake and eat it. You can’t take back your waters and then expect to take back other people’s sky.”

But a spokeswoman for the Prime Minister told the Irish Independent: “It’s wrong to claim that Ireland could simply stop the UK from flying over its land as a result of Brexit.

“The reason we say that is because overflight rights are not guaranteed by the EU, rather by multilateral treaty which both ourselves and Ireland have signed up to.”

He said: “Air traffic control continued between Russia and the Ukraine after Russia invaded the Crimea so this idea is just silly.

“On the other hand most flights from the EU to America pass through our air traffic control so this rather lightweight Irish gentleman is proposing an absurd act of a masochistic nature.

“His words are those of an airhead.”

Mrs May said in a speech today in Belfast that she intends to make a success of Brexit for every one.

She said: “Our job is not to deal with Brexit in theory, but to make a success of it in practice for all of our people.