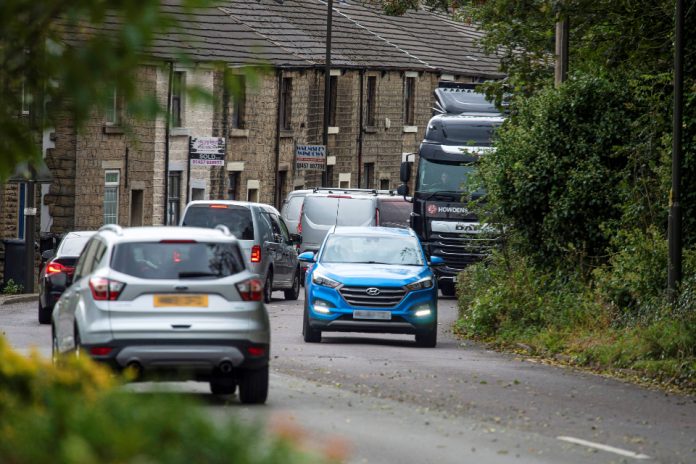 The Highways England scheme will take traffic away from Mottram in Longdendale, reducing noise and improving air quality in the village as well as tackling congestion and making journeys more reliable.

The village is on the 25-mile trans-Pennine route between Manchester and Sheffield, connecting the M67 in the North West to the M1 in Yorkshire. Around 25,000 vehicles travel along the A57 through Mottram every day, including over 2,000 HGVs – equivalent to one lorry entering the village every 42 seconds.

The new two-mile bypass will run from the roundabout at the end of the M67 (junction 4) to a new junction on the A57 in Woolley Bridge. You can have your say on the proposals in a new six-week public consultation which launches today (Thursday 5 November) and ends on Thursday 17 December.

Our plans for a new road around Mottram will help local communities by taking traffic away from the village, and we value your views to help make it happen.

We’re working harder than ever to level up infrastructure and deliver for the Northern Powerhouse. This new bypass is another great example of that. It will boost connectivity, better linking two key northern cities in Sheffield and Manchester, tackle congestion – including by taking through traffic away from Mottram, Stalybridge and High Peak – and improve air quality.

It’s vital that the new route works best for drivers, residents and businesses who use this key road every day. I’d encourage everyone to have their say on this road’s future, and I look forward to seeing plans progress.

The scheme will include a new dual carriageway to the north of Mottram which will connect the motorway roundabout to the A57 at Mottram Moor. A new single carriageway road from Mottram Moor to Woolley Bridge will also separate Glossop traffic from vehicles travelling over the Pennines, along the A628 Woodhead Pass.

Thousands of consultation brochures are being delivered to homes and businesses along the route, and Highways England’s project team are holding three webinars to provide more details on the proposals and answer your questions.

The online events will take place at midday and 6pm on Wednesday 18 November, and at 2pm on Saturday 21 November. Visit the scheme web page to take part.

Enhancing Trans-Pennine connectivity is a key focus for Transport for the North. We know all too well that our current east-west routes, with their restricted capacity and reliability issues, are holding back our people and businesses.

The Mottram bypass, along with a number of other schemes in this regional corridor, will make a significant difference to safety, journey times and reliability for longer trips, and also reduce congestion and pollution locally.

We urge everyone who lives in this area, and those who currently, or may in future, use this route, to respond to the consultation.

Highways England is delivering £14 billion of major road projects over the next five years, increasing the quality, capacity and safety of England’s motorways and major A roads.

Demonstrating the Government’s commitment to boosting the Northern Powerhouse, four schemes are due to be completed in the North West by spring 2025 and another five major projects are planned to start construction including Mottram bypass.

Work is also taking place to improve the flow of traffic and increase capacity at Westwood roundabout in Tankersley, on the stretch of the Manchester to Sheffield route near the M1 in South Yorkshire.

Highways England is widening the approach roads at the junction and adding an extra lane on the roundabout, as well as installing traffic lights to help reduce congestion and make journeys more reliable.

Nine new electronic road signs are also being installed along the A628 Woodhead Pass to provide drivers with early warnings of closures due to bad weather or other incidents, and three new remotely-operated gates will be used to close the route during heavy snow.

A planning application for Mottram bypass is due to be submitted next year once the consultation responses have been considered and, if the project is approved by the government, construction work could start by spring 2023.

You can find out more about the proposals and complete a consultation response form via the scheme web page.