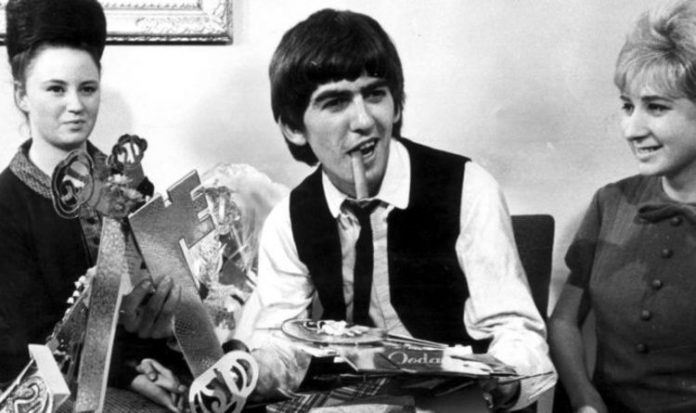 Despite events being cancelled nationwide the new tool allows people to celebrate and share historical moments like Fireworks night, Remembrance Sunday. Memory Lane is backed by broadcaster, author and historian Professor Kate Williams. The launch of Memory Lane follows a YouGov survey carried out for Memory Lane suggesting that the past is in danger of being lost because 80% of Brits haven’t digitised all their photos.

According to the newly commissioned nostalgia survey for Memory Lane, 67 percent of the population are looking for something that brings them comfort.

More than half of UK adults (55 percent) are thinking about what we did before the pandemic.

The young Cassius Clay at the start of his boxing career (Image: Harry Benson)

And almost a third of the population (31 percent) are looking at old photographs to get themselves through these strange times.

So Memory Lane is asking the public to preserve, discover, celebrate and share images which matter to them as we enter another challenging time during the pandemic.

Bombed out buildings lay ruined for many years in the big cities (Image: Mirrorpix)

Professor Kate Williams, passionate about the preservation of memories, said: “Photographs are one of the most important social documents we have access to, allowing us to understand society and communities from different generations.

The Dodgems were and remain a favourite at fairgrounds (Image: Bill Lovelace)

Sunday markets have been a staple of the British way of life for years (Image: Express)

“We learn so much more about our past when we look at the photographs of everyday people as opposed to formal photos of royalty and aristocracy. If important images languish in the loft, there is a real danger they may be lost forever.”

Memorylane.co.uk is a free tool providing a home for photographs that may have remained hidden for years.

A rich, interactive and nostalgic archive with content searchable by location, date, topics, people, categories and more – it aims to create a bigger, more inclusive picture of history by allowing you to preserve, discover, share and colourise the past.

Bicycling was a lot more popular – like these people in 1959 – before cars became ubiquitous (Image: Mirrorpix)

In hundreds of thousands of British homes up and down the country, in attics, in boxes at the back of wardrobes, under the bed, are millions of old photographs, millions of memories, of lives and times past. Incredible treasures showing the lives of people we remember and people we can never quite place, holidays or parties which are indelibly imprinted on our minds, and nights out that no one can quite remember.

READ  'We want to get back to normal!' Boris hits back after JVT's warning to keep wearing masks | UK | News (Reports)

What we have in photographic archives, such as the Express’s, are the “big” historical events: war, strikes, coronations, major football games, prime ministers.

But what did these events mean to the individuals who lived through them, and how were their lives changed?

The Daily Express has many more photos of ordinary British lives than some – but we don’t have the full picture.

Memory Lane is a free new platform that invites members of the public to upload their photos – to be digitised, colourised and saved for future generations.

The aim is to create a more democratic archive of our nation’s history, one created by the people who worked in the factories and shops rather than Downing Street and Westminster.

We want to save the forgotten details of what life was really like, and the best way to do that is to look at – and save – the fading photos of the past.

Imagine if we could see the family snaps of a Roman legionnaire posted to Britain to build Hadrian’s wall or the holiday pictures of King Henry VIII’s courtiers or a teacher in a Victorian school.

Or all the people who lived, worked, loved in Britain over the years.

How fascinating it would be.

Our understanding of the past of our country would be transformed.

For the twentieth century, we do have that opportunity – but it is being lost little by little, day by day.

With the massive rise of smartphones and digital cameras, the technology of the past is being forgotten.

We no longer have to worry that we’re reaching the end of a roll of film, or debate which images from the film to develop.

A photo used to record the key moments of our lives.

They could be artistic or clumsy, made for proud display or private memory.

But they were always personal.

Did you grow up on a terrace like this one in Bermondsey in 1959? (Image: KENNETH DENYER)

You might think your photos are only of interest to members of your family.

But as a historian, I know that if we want to know what life was really like for most people during the twentieth century, we will learn more from a selection of hundreds of personal snaps than we will from the official facts and figures from government sources.

Every moment in time is precious.

My own family have hundreds of photographs in a bag, unsorted and unorganised.

They are the past, weddings, family photos, the lives of Welsh hill farmers and workers in Liverpool.

For a historian of the future they are a treasure trove.

Our very understanding of history is shaped by the images that have survived – and the ones we see.

Professor Kate Williams is an author and broadcaster.