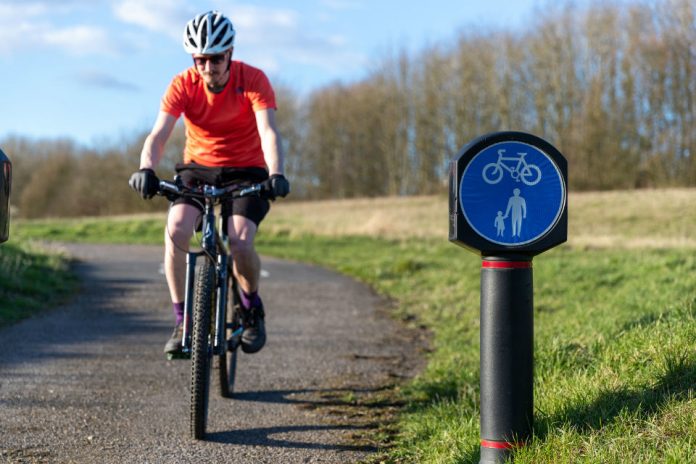 Since 2015 the company has invested more than £85 million towards the creation of 160 new and upgraded cycle ways across England, providing safe, attractive and accessible facilities for people to cycle for work, shopping and leisure.

In the latest initiative, Highways England is investing £630,000 into the A36 Southampton Road in Salisbury, between College Roundabout and Bourne Way Roundabout.

This stretch of the National Cycle Network serves an important and well used connection, but the current route is not continuous.

The 800-metre cycle way will reduce the need for detours, dismounting or cycling within the carriageway.
This is phase two of the scheme, with previous work introducing a route from Petersfinger Park and Ride to Bourne Way Roundabout.

It will see footpath widening, reconfiguration, new signs and lining, and high friction surfacing at entrances.
Work on the cycleway began yesterday (4 Jan) and is expected to be completed by the end of March, with works carried out overnight under signalling and pedestrians being asked to use the southern side footway.

We’re committed to significantly improving cycle efficiency and safety across our road network, and the new and improved cycle way will make it much easier and safer for cyclists and pedestrians.

At Highways England, our work goes beyond operating, maintaining and improving roads. We’re investing in the environment and communities surrounding our network, as well as the people travelling and working on it.

We aim to address social and environmental issues and add real value to society.

We’re delighted to be partnering with Wiltshire Council to realise this project – a glowing example of how this funding can make life better for communities living and working near our roads.

The council supports any measures that seek to encourage more people to use sustainable modes of travel and welcome the improvements proposed by Highways England.

Elsewhere in the South West, designated funding has already provided safer journeys for cyclists around M5 Junction 16 near Bristol and Cycle Route 45 around the A303 Solstice Park near Amesbury, while other ongoing schemes include:

Cyclists, pedestrians and horse riders will see more benefits over the next five years, with £169 million set aside in Highways England’s new Users and Communities fund.

The company is using the fund to improve services for users and neighbours of England’s motorways and major A-roads, including increasing the options people have for sustainable travel.