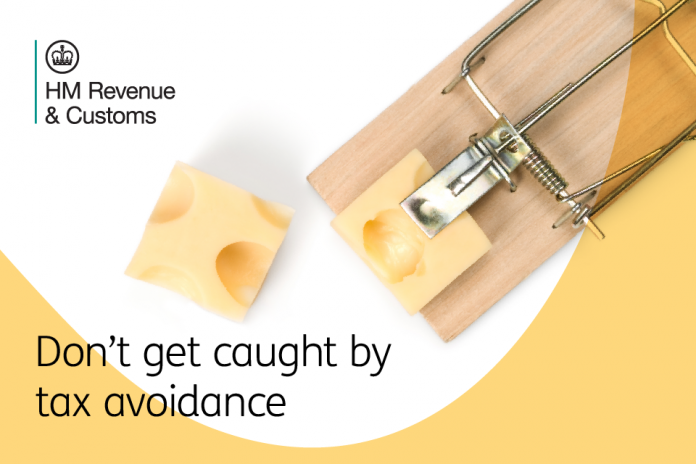 The joint enforcement notice aims to disrupt the activity of promoters and protect people from being presented with misleading adverts which may tempt them into tax avoidance.

It requires promoters to be clear about the potential consequences of tax avoidance in any online advertisements. Immediate sanctions include having their paid advertising removed from search engines and follow-up compliance action, which can include referral to Trading Standards.

It has been published as HMRC today launches its ‘Tax avoidance: don’t get caught out’ awareness campaign warning and educating contractors about how to identify if they are being offered a tax avoidance scheme, and the pitfalls of using these schemes.

Jesse Norman MP, the Financial Secretary to the Treasury, said:

The Government has made clear its determination to clamp down on the promoters of tax avoidance schemes.

Today HMRC and the ASA are taking an important further step in this direction by action against misleading advertisements by promoters.

As always, we would encourage people to pay close attention to HMRC’s warnings not to enter tax avoidance schemes. If it looks too good to be true, it almost certainly is.

We’re doing our part to close down these schemes and make it difficult for promoters, but we need the public to play their part too.

You really don’t need to be a tax expert to spot an avoidance scheme – anything that sounds too good to be true almost certainly is, and anything which claims you can take home, say, 90% of your pay, or asks you to sign up to loans from an offshore trust just so you can be paid, is something to steer clear of.

That’s why we’re starting a big push to encourage taxpayers to steer clear of tax avoidance schemes. This is part of HMRC’s wider work to make it much harder for promoters to operate.

This notice serves as a clear warning to promoters of tax avoidance scheme – get your houses in order and ensure your ads comply with the law and our advertising rules or face enforcement action.

There can be a real consumer detriment for those who unwittingly following bogus tax avoidance advice – you could find yourself facing a significant tax bill. Working with bodies such as the HMRC is helping us to better protect consumers from misleading and unfair advertising that can leave them out of pocket.

The ‘Tax avoidance: don’t get caught out’ campaign is asking the public to:

STOP – don’t sign anything that you are uncomfortable with or don’t understand.

PROTECT – if you think you have been offered a tax avoidance scheme, report it to HMRC. Or if you need help getting out of one, contact us.

The campaign launch comes as HMRC publishes its Use of Marketed Tax Avoidance Schemes in the UK report, including its most recent available data covering 2018 to 2019, and a candid look into the current state of the market.

HMRC has made significant progress in combatting tax avoidance in recent years. About 20 promoters have moved out of promoting altogether in the last six years because we are making it tougher for them to operate. Since 2014, HMRC has successfully brought in billions of pounds from settling marketed avoidance cases, accelerated payments and other compliance activity.