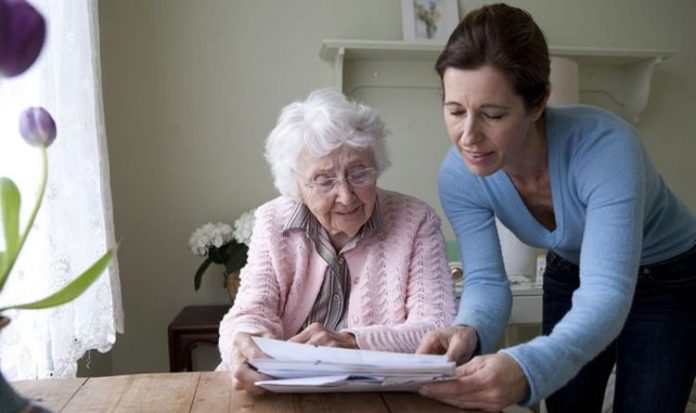 Some care homes have allowed limited access but many are still operating a total ban in a bid to prevent Covid spreading. The Joint Committee on Human Rights of MPs and members of the Lords wants to fast-track laws giving loved ones recognition as essential carers, guaranteeing them access. The move is led by Labour grandee and committee chairman Harriet Harman.

She said: “Blanket bans are contrary to the rights of both patients and their families under the Human Rights Act.

“It takes a team to care for an older person in residential care, dedicated staff in the home and loving family visiting. It’s time we changed the law to recognise that.” The committee is backed by large numbers of MPs whose constituents have bombarded them with harrowing stories of being locked out.

Miss Harman believes the use of emergency legislation is now justified – it is allowed in exceptional circumstances “especially when human rights are at stake”.

She said: “A blanket ban, where it is not even considered whether a visit can be done safely, breaches that.”

Despite rapid testing and guidelines aimed at reuniting families many providers continue to refuse to admit families in what amounts to a postcode lottery of access.

The crisis has denied them the chance to say a final goodbye to many of the 30,851 care home residents with Covid who have died in England and Wales.

The lockout is particularly grave for those with dementia.

In one harrowing case in Lancashire, Teresa Andersen, 91, thinks her daughter Linda is dead because it has been so long since they held hands.

Linda, 63, has only been able to see her mother via window visits.

She said: “A couple of days ago I phoned my mum as I do on a daily basis. But on this occasion – despite my assurances – she was under the impression I had died.

“Mum said she thinks it was a trick and will not believe I am alive until she sees me in person.”

Jenny Morrison, 55, set up campaign group Rights for Residents after she was stopped from seeing her mother Jean, 87, in Liverpool.

She said thousands are dying from loneliness and isolation.

Jenny added: “Here lies the real scandal as many of these excess deaths could be avoided if people were given a reason to live.

“Having now had the jab what they are really desperate for is an injection of compassion, love and humanity.”

Visits can go ahead – but only if care homes use screens, pods and windows.

Exceptions can be made for those deemed end-of-life but this is not guaranteed.

Families argue it is unfair that care staff – who generally live outside the home – are allowed to touch the resident while they cannot.

The Department of Health said: “We know visits to care homes are crucial in supporting the health and wellbeing of residents. We have updated guidance to ensure visits can continue to take place safely during lockdown.”