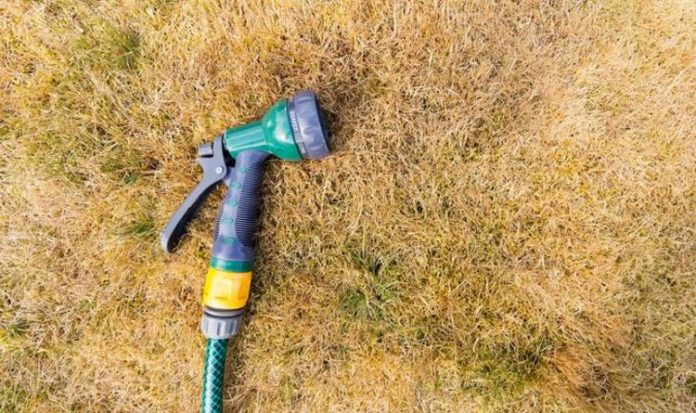 The current heatwave gripping Britain has led to a sharp increase in water consumption, putting a pressure on water companies dealing with low supplies. Around 300 households in West Sussex have had no tap water since last Friday, the Mirror reports, with others having only occasional supplies.

South East Water, which supplies water to around 2.2 million people, said the region is one of the driest in Britain.

The company has said it is putting a “record supply” of water into its network due more people being at home – with gardening also a factor.

However, Mims Davies, Conservative MP for Mid Sussex, has said a hosepipe ban is now necessary.

“Why on earth can’t this have been part of a clear action plan to support those down the system with absolutely no water?

“We are in the sixth day that parts of Mid Sussex, and growing areas now in East Sussex, have little or no water.”

Jonathan Ash-Edwards, Conservative councillor for Mid Sussex, also said he would be in favour of a ban.

He said yesterday: “Very concerning to see residents in more Mid Sussex villages, including Handcross & Staplefield reporting they have no water today.

Hosepipeban.org, a non-government-affiliated group dedicated to hosepipe bans, said: “We think a hosepipe ban is still very unlikely this year.”

However, it added there is “no doubt many water companies are struggling to keep up with increased demand”.

Steve Andrews, head of central operations for South East Water, has said it is “getting harder to keep up” with the demand for water in the area.

He said in a statement: “I am now appealing to everyone – households and businesses – to keep water for essential use only while the heat is on this weekend and next week.

“By not using water-guzzling garden hoses and sprinklers as well as not jet-washing the car and patio, everyone can do their bit for their community.”

Experts have also voiced concerns about the use of paddling pools, some of which are “ridiculously big” and too cheap to buy, according to one.

Miranda Foster, a senior hydrologist at Yorkshire Water, said: “Paddling pools are a genuine concern. There are some paddling pools that are ridiculously big. One paddling pool can hold a week’s worth of water for a family of four.

“People aren’t aware of the consequences. If they were, they would have water butts in their gardens and they wouldn’t go to Argos and buy giant paddling pools.”