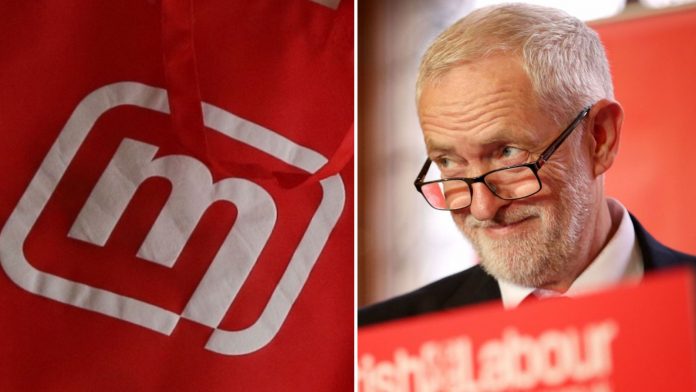 It says a lot about how much Labour has changed since Jeremy Corbyn became leader that the battle this week is over which conference is more “mainstream”.

Is it the official event, with 13,000 delegates shuffling round a secure zone at Liverpool’s Arena and Convention Centre, with corporations paying top dollar to rub shoulders with the shadow cabinet, MPs and trade unions?

Or is it the new kid on the block “The World Transformed”, a music, arts and politics festival only in its third year expected to attract 10,000 activists taking place next door?

The Momentum-organised summit riled many when it was set up in 2016.

Former Labour leader Ed Miliband even quipped that year at the official conference of his Marxist father: “There’s a session on my dad at the Momentum conference. If your favourite Miliband is Ralph, you’re welcome to go.”

One year on, and he was hosting a pub quiz there.

Two years on, and he’s back for more.

“There are examples of people who at the start probably wouldn’t have wanted to touch The World Transformed with a bargepole, who now actually think it’s a good thing or are even actually involved,” Hope, an organiser for this year’s festival, told Sky News.

She cites Mr Miliband, who is down to do a session called “the new economic consensus” with the leader of Scottish Labour Richard Leonard, and backbencher Lisa Nandy.

She is defiant that the festival is not a “rival” to Labour’s official party conference, but designed to be “complementary”.

“We specifically reach out to delegates to encourage them to attend,” Hope said.

“We specifically programme sessions such that delegates still absolutely do all their delegate conference duties but then get involved in other sessions outside of those hours.

But some are still uneasy about the role a separate conference plays at Labour’s biggest, most important annual meeting.

Wes Streeting, a centrist Labour MP who has been unafraid to criticise Mr Corbyn, praises the “more vibrant and interesting” programme that “looks like a more fun place to be”.

“The traditional conference format of having panels just filled with MPs doesn’t necessarily let people into the conversation,” he told Sky News.

“I do think one of the things that they have done quite successfully is give a platform to people who not normally have one.

“But I think if their ambition is to widen the political debate at The World Transformed to include people with different perspectives, I’m not sure they’ve reached across to Labour’s traditional mainstream.”

Mr Streeting suggests that a fractured Labour party would come together better if “people [were] having conversations with each other rather than across each other”.

“I’m not going to knock Momentum for taking the initiative of putting on a whole programme of events designed to appeal to their members and supporters and to bring new people in,” he said.

“That’s what politics is all about, really.

“But looking at the Momentum programme it does seem to be pretty ideologically purist in terms of who they invite in.

“They just about extend across to people on the centre-left of the shadow cabinet, and Ed Milliband does a turn. What we don’t really see is an attempt to welcome people in more broadly.”

If their ambition is to widen the political debate at The World Transformed to include people with different perspectives, I’m not sure they’ve reached across to Labour’s traditional mainstream.

But Katy Herrington, a 20-year-old bar worker from south London, said her first trip to Labour conference in Brighton in 2015 was “interesting but a bit rubbish”.

When friends told her about The World Transformed, she said “I thought it was the coolest thing I’d ever heard of”.

Katy added that a conference ticket set her back a “ridiculous” £200 in 2015, but to go to the alternative festival only cost £20. “Why wouldn’t you do that?” she asked.

Labour conference is “obviously more about making policy and having discussions”, she said.

“The really boring – it’s not meant to be boring but it is boring – talking with lobbyists in policy discussions, these things aren’t going to be entertaining and engaging for everyone.

“Obviously some massive nerds like myself are going to love it.

“The World Transformed is about having a fun time and bringing people into the Labour party.

But another Labour MP, Peter Kyle, is worried about attempts to reform the Labour party without “engaging from the inside”.

He told Sky News: “The party has always had internal debate and the tension between social democrats and socialists and people with other political viewpoints that are within the Labour movement.

“The tension has always been resolved through debate, respectful argument and concession.

“But the problem is once you take one bit of that and take it outside of the Labour party, it’s very difficult to see how that is a constructive way of bringing the different sides within the Labour party together.

“That’s what I struggle with in the way that they’re doing this.

“To appear in the same city, and have a large conference, which covers similar themes, that does so in an inward-looking way rather than one which is actually engaging from the inside of Labour I think is, it’s certainly challenging the way we’ve always done it in the past.

“And of course the way we’ve always done it in the past led to a Labour government establishing the welfare state, and delivering equality and prosperity in the 90s and 2000s.”

Mr Kyle is concerned that attendees at The World Transformed could include people suspended or expelled by Labour who are seeking to “influence” its policy.

“The honest thing might be in the future that Momentum just registers as a political party in its own right,” he said.

“Which does seem a logical way forward from them. Rather than having a kind of co-op, I don’t know, a rather dysfunctional and coercive relationship, which we have at the moment.”

Labour itself seems relaxed about the grassroots festival pitching up alongside it this weekend.

It has promoted the official conference as being “complimented by a comprehensive fringe programme” at The World Transformed.

If current trends continue – and The World Transformed says it plans to become a permanent fixture – it could dwarf Labour conference by this time next year.

“We are serving a very positive and useful purpose within the wider Labour movement and the wider Left,” Hope says.

“But I think it’s something that’s definitely being looked at.

“These types of discussion and debate shouldn’t just be constrained to four days a year, ideally these kinds of events would be happening all the time on a small scale in communities.”