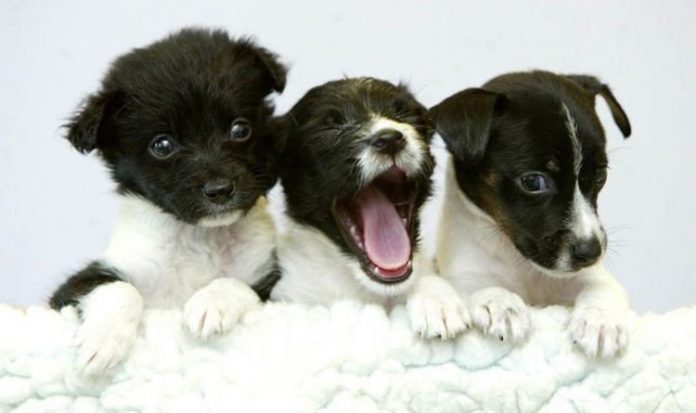 The total has doubled since 2016, when just 30,930 were brought into the country. Health chief at The Kennel Club, Bill Lambert, said: “Responsible UK breeders are unable to meet demand for puppies during the pandemic. “So importers are rushing to fill the gap. “The increase of dogs from abroad isn’t surprising but it is a huge worry.

“The figure doubling since 2016 raises significant concerns regarding animal welfare and exploitation, including transporting conditions, puppy farming and illegal smuggling.

“Unfortunately, imported puppies are often bred and reared in appalling conditions and subjected to long journeys across Europe, with no consideration for their welfare or health.

“With the suffering of puppies caught up in the illegal import trade, and the potential disease risks they pose, it’s clear existing regulations do not provide adequate protection for dogs.

“We urge the Government to reduce the number of puppies that can be imported – to one or two per vehicle – decreasing the financial viability for those abusing regulations for commercial profit, and invoke tougher financial penalties for those that violate regulations.”

Google searches for “buy a puppy” have increased 245 per cent since the first lockdown began back in March.

Last month there were more than 1,000 adverts for dogs on three of the largest classified websites – a 59 per cent increase on last year, said the Dogs Trust. The charity is also concerned that Covid-19 has reduced standards of monitoring at the UK border, with some dogs passing through with incorrect or false paperwork.

Dogs brought into the country for commercial reasons should have paperwork showing vaccinations and treatments, as well as their age, as dogs under 15 weeks should not be taken away from their mothers.

Dogs Trust veterinary director Paula Boyden said: “There has been a significant demand for dogs in 2020, with a lot of people buying puppies as they’re now working from home. Sadly, we know there have been vets in central and eastern Europe who have been falsifying the records.

“It can take a long time for a dog to get from central Europe to the UK. We shouldn’t underestimate the stress that can give them. I’d like to be in a world where you do not have to import dogs at all.”

The Government said it will be looking at pet travel and import arrangements as part of cracking down on puppy smuggling, adding that pet owners can help by buying puppies from reputable breeders, checking on their health history or considering adopting from a UK-based rescue centre instead.