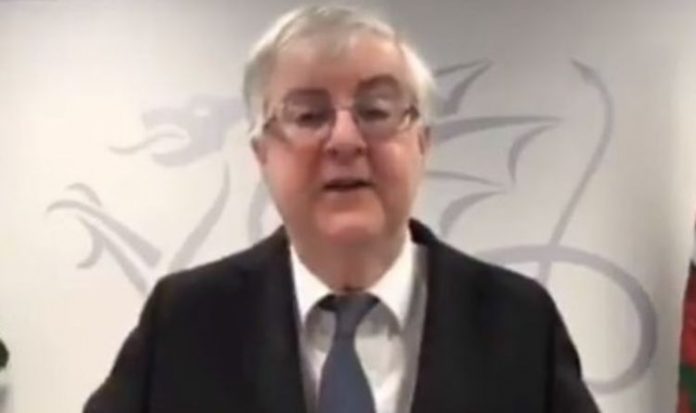 The Welsh First Minister was grilled about teachers being bumped up the queue for jabs during an appearance on Sky News’s Sophy Ridge on Sunday programme.

Asked if he agreed with the Labour leader that teachers should be prioritised, Mr Drakeford admitted he did not.

The Labour First Minister insisted he would follow the advice of the official vaccination body.

Presenter Sophy Ridge asked: “There have been calls from Labour for teachers to be prioritised and moved up the vaccine queue to try and get schools reopened.

“That’s obviously against the advice of the Joint Committee on Vaccination and Immunisation (JCVI).

“Do you agree or disagree with Keir Starmer there?”

Mr Drakeford replied: “Well we don’t take the same view on that matter.

“The JCVI will be considering the case for professional groups being moved up the priority list.

“If their advice changes, our approach will change.

“While their advice continues to be to focus on the top nine priority groups, then that is what we will do.”

Sir Keir previously called for teachers to get the jab in mid-February after the top four priority groups in a bid to get children back in classrooms.