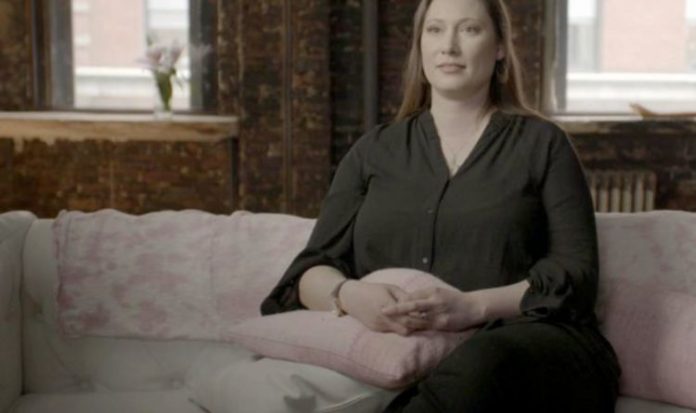 “You see what some very powerful men have got away with, and it disintegrates the moral fabric of society,” she said. In 2004, Kiki was a naive 19-year-old from Texas, enjoying the glamour of New York City and working at an upscale coffee shop in Manhattan. She was befriended by a glamorous, unnamed older woman who offered her a job as a masseuse for a wealthy friend of hers. She suggested that this man had very good contacts in the fashion industry and could help advance Kiki’s career as an aspiring model. He owned the largest private residence in Manhattan – a £60million nine-storey mansion on East 71st Street. His name was Jeffrey Epstein.

Kiki says: “I was broke, and it sounded like an opportunity where he could help me if he liked me.” As soon as she arrived matters took a very dark turn indeed.

“A maid answered the door,” says Kiki. “She could barely look me in the eye.” She was ushered into a locked room with Epstein.

“He asked me to take my clothes off. I was trembling, I was so scared. He began to touch me aggressively, and it quickly turned into an assault. I distinctly remember him smiling like he was enjoying doing this horrible thing to me.

“It obviously terrified me and was violating me, but he was somehow getting off on that.” Casually handing Kiki $200 at the end of the attack, Epstein then left the room.

Kiki said: “I was so confused.What just happened?” She staggered out into the Manhattan street. “I called my mum, just bawling in tears. I said, ‘You have to come and get me now. I can’t be here any more’.

READ MORE: Andrew’s future in monarchy to be a ‘pale shadow’ of what was used to

“I went home, but it didn’t feel like home because I wasn’t the same person any more.”

Kiki is one of eight survivors who give harrowing accounts of their experiences at his hands in Surviving Jeffrey Epstein. The four-hour documentary marks the first anniversary of Epstein’s death.

Already convicted of procuring an underage girl for prostitution in Florida in 2008, Epstein apparently killed himself while he was being held in the Metropolitan Correctional Center in New York City last year on federal charges for the sex trafficking of minors.

The scandal isn’t over yet. The tycoon’s close confidante Ghislaine Maxwell is in custody in New York and faces a trial next July for the enticement of minors and sex trafficking of underage girls.

Now 35, she says the incident “completely derailed” her life. “He took my spirit, and he broke it,” she said.

“One of the most devastating things for me is the self-sabotage: manic depression, suicidality, guilt and shame. It makes you feel like a lesser person.”

But she felt obliged to take part in Surviving Jeffrey Epstein.

She said: “I thought it was my responsibility as a woman. It’s so important that women’s voices are heard now.

“Since the beginning of time, women have been second-class citizens.What we have seen a lot in public discussion is the victimisation of women. The blaming and maligning of victims has to stop.

“I think lending my voice to this documentary will give more power to this discussion.We have to get to the root of why this behaviour has become socially and legally acceptable.You see what some very powerful men have got away with, and it disintegrates the moral fabric of society.

“But there is a reckoning now. People are sick of it. It has to stop. Influential men are no longer immune to the law.

“I don’t care who you are – if you have done something wrong, you have to pay for it.” In the end, she said, working on Surviving Jeffrey Epstein has been “absolutely cathartic”.

She said: “Making this documentary has been life changing. If anything positive has come out of this, it is that I now know that I can help others who are struggling.

“This has uncovered my life path and given me a sense of purpose that I never had before.”