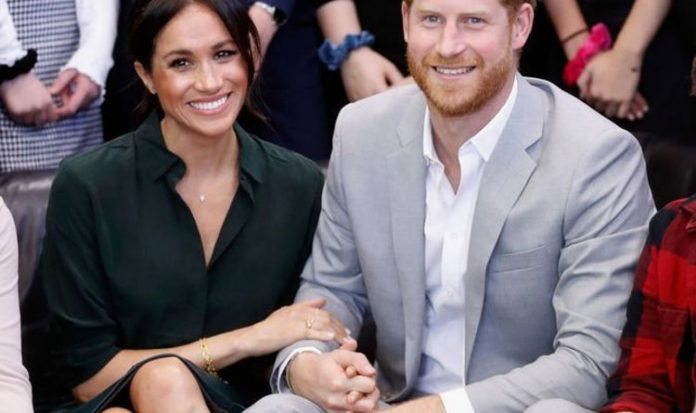 The couple shocked the world in January after announcing they were stepping down from their senior roles in the Royal Family to begin a new life in the US. And now Meghan and Harry, who are aiming to become financially independent from the Firm, are setting their sights on a new TV show.

According to a TV insider the show will focus on ‘normal’ people and has been pitched to a number of executives.

A source said the show will focus on two causes close to Meghan’s heart empowering women and tackle racial discrimination.

The Duke and Duchess of Sussex will both appear in the show but the project will not focus on the couple.

Instead Meghan and Harry will work as joint producers for the show, which was initially pitched back in June.

Meetings have already been held with TV bosses including NBC Universal’s chairman of content studios, Bonnie Hammer, who Meghan worked with during her time on Suits, the Mirror reports.

In April, Meghan lent her voice to the Disney+ documentary, Elephants, and now the couple intend to produce their own documentaries through their film and TV production company.

Future works will reportedly include issues on climate change and mental health, a topic particularly close to Prince Harry’s heart.

Since stepping down from royal duties, the couple have voiced support for a number of causes including the Black Lives Matter movement and back-to-school charity events.

The Duchess admitted to feeling nervous at the beginning of the speech and she later apologised to pupils about having to live in a world “where this is still present.”

Earlier this week, Meghan caused uproar after urging Americans to cast their votes in the US Presidential election in November in a passionate speech during the When All Women Vote initiative.

Despite stepping down as a senior member of the British Royal Family, she had been announced as speaker at the event as ‘Meghan, the Duchess of Sussex’.

Members of the British Royal Family are not barred by the law from voting, but they decide not to exercise their right to remain as neutral as possible.

Her comments caused anger from the public who urged the Queen to strip Meghan and Harry from their titles.

During her speech, Meghan said: “So you know it’s interesting we are obviously faced with a lot of problems in our world right now, both in the physical world and in the digital world.