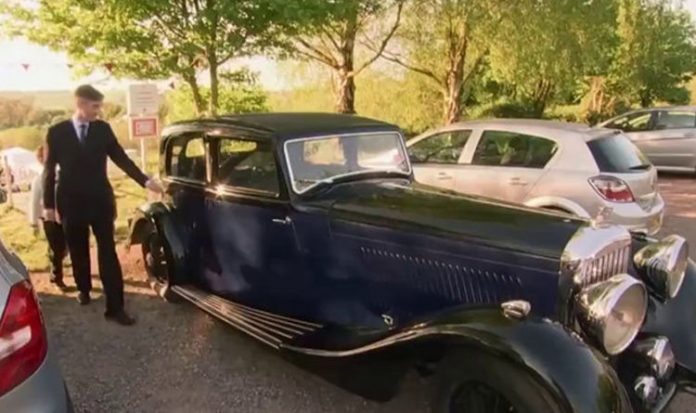 The fundraising event was held at the Hurlingham Club, a Georgian private sports and social club which extends for 42 acres along the Thames in Fulham, West London.

Among the items up for auction, there was a ride with Jacob Rees-Mogg around Somerset in one of his vintage Bentleys.

The news immediately sparked outrage among other MPs who criticised the “fancy” items up for auction.

Labour MP John Mann said: “Rees-Mogg can only afford a Bentley through his second job.

“He should have it embossed with the logo ‘paid for while moonlighting’.

“My raffle prizes are being donated by retired miners, cleaners and textile workers.

“The price may differ, but the value is greater.”

Lib Dem leader Vince Cable also added: “I imagine the drive around his estate alone would be a long one – giving nanny plenty of time to prepare luncheon.”

It is understood the guests paid up to £1,500 just to participate in the party.

Boris Johnson, David Davis, Michael Gove, Liz Truss and Gavin Williamson were seen “working the room” to get rich supporters to blow away their cash.

The Prime Minister’s deputy David Lidington auctioned off the opportunity to challenge him to a round of University Challenge.

Environment Secretary Mr Gove and journalist wife Sarah Vine offered up a “fascinating evening of dinner and discourse”, which includes a meal cooked by them and served at their kitchen table.

According to people who attended event, MPs and guests were served a starter of oak smoked trout, semi-dried tomatoes, avocado cream, shallot and lemon oil dressing.

A “mix of desserts” was served to finish the meal.

The meal was accompanied by a choice of a 2015 Mas Rabell white wine, from Torres in Catalonia and a 2015 Montes Classic Series Merlot from Chile’s Colchagua Valley.