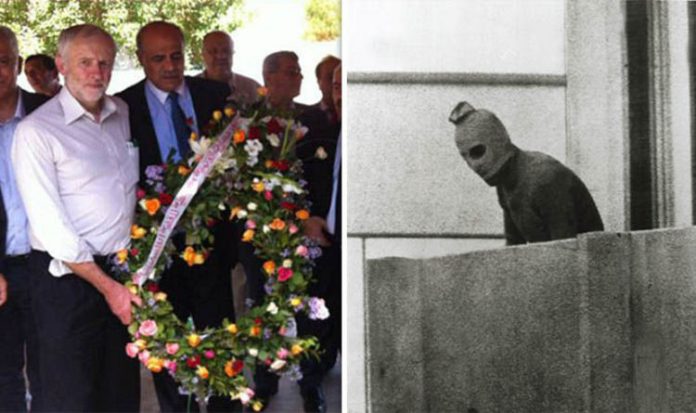 The Labour leader came under fire on Monday after it emerged he attended a ceremony where a wreath was laid in memory of the group suspected of being behind the Munich Olympics massacre.

Photographs later surfaced of Mr Corbyn holding a wreath at the memorial service said to be in tribute to the group behind the 1972 Munich massacre.

Mr Corbyn acknowledged he was present at the event at the Palestinian Martyrs Cemetery in Tunisia in 2014.

But speaking on Monday, he said he did not “think” he was involved in the wreath-laying.

Israeli Prime Minister Benjamin Netanyahu was one of many criticising the embattled politician, posting on Twitter: “The laying of a wreath by Jeremy Corbyn on the graves of the terrorist who perpetrated the Munich massacre and his comparison of Israel to the Nazis deserves unequivocal condemnation from everyone – left, right and everything in between.”

In response, Mr Corbyn wrote the leader’s “claims about my actions and words are false.”

Mr Netanyahu’s comment comes amid fierce criticism of the opposition leader, as Foreign Secretary Jeremy Hunt warned Mr Corbyn would have no moral authority to condemn terrorist attacks on British citizens if he ever became prime minister.

Mr Hunt said: “If Jeremy Corbyn thinks terrorism is justified for the causes he believes in, how would he as prime minister have the moral authority to condemn terrorist murders of British citizens? 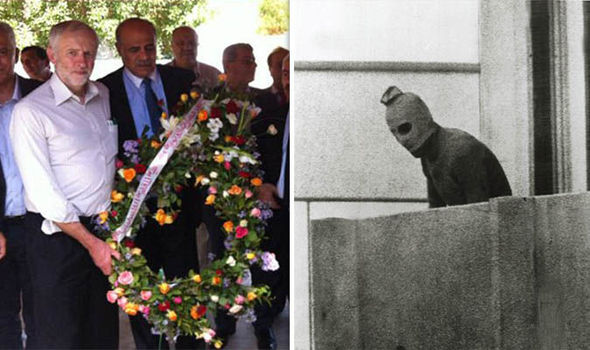 Anti-semitism row:The controversial heath laying, and a chilling image of one of the 1972 terrorists (Image: Palestinian Embassy Tunis/Getty )

What happened at the 1972 Munich massacre?

The Munich massacre took place during the 1972 Summer Olympics in Munich, West Germany, in which the Palestinian terror group Black September took 11 Israeli Olympic athletes and coaches hostage and killed them.

The 1972 games marked the first return of the Olympics to a German city since the 1936 games in Berlin under the rule of Hitler.

For more than a week, the 1972 games unfolded without incident.

Then, at 4.30am on September 5, eight Palestinian militants with Black September scaled a fence surrounding the Olympic Village.

Disguised as athletes, they forced their way into the quarters of the Israeli Olympic team.

As they attempted to enter one apartment, they were confronted by Yossef Gutfreund, a wrestling referee, and Moshe Weinberg, a wrestling coach. 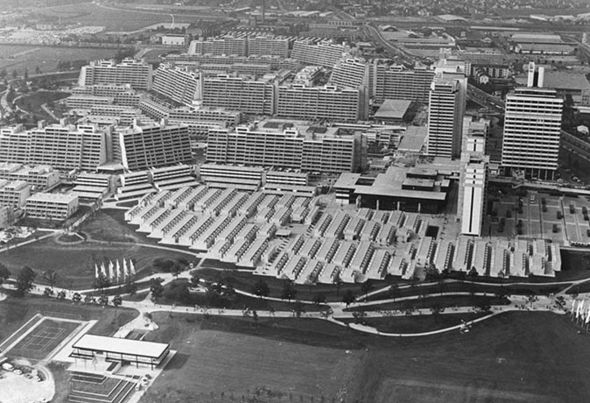 Mr Weinberg was shot while trying to fight off the attackers, who had forced him at gunpoint to lead them to the rooms of the remaining Israeli coaches and athletes.

One wrestler, Gad Tsabari broke from the group and dashed down a flight of stairs toward an underground parking garage.

Yossef Romano, a weightlifter, also made an attempt to disarm one of the terrorists, but he was murdered and his mutilated body was left on the floor as a warning.

With two men dead and nine held hostage, the perpetrators demanded the liberation of more than 200 Palestinians held in Israeli and German prisons .

They also demanded the provision of an airplane to fly them to a safe destination in the Middle East.

All the while, International Olympic Committee chairman Avery Brundage insisted the games must go on. 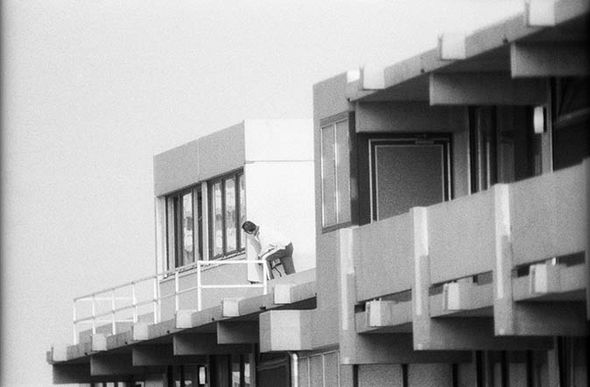 1972 Munich massacre: A policeman disguised as a hotel clerk gets into position (Image: Getty )

Around 10pm on September 5, believing they had reached an agreement, the terrorists led their bound and blindfolded hostages from their quarters into buses that transported them to two waiting helicopters.

The helicopters carried them to Fürstenfeldbruck Air Base where police were lying in ambush.

Under Germany’s postwar constitution, armed forces were prohibited from aiding civilian police which left the police force, untrained for such missions and with the wrong weapons, to coordinate.

The 17 police officers, who were disguised as flight crew on board the Boeing 727, all abandoned their posts before they could subdue the situation.

And the armoured cars meant to be on site to rescue the hostages were dispatched late and became stuck in traffic, missing the rescue.

The helicopters carrying terrorists and hostages arrived at the air base at 10.30pm.

Two of the terrorists went to inspect the jetliner but, upon finding it empty were alerted to the ploy.

1972 Munich massacre: Yossef Romano, one of the victims of the horrific attack (Image: Getty )

They shouted to their comrades, at which point West German police fired on them.

A fierce gun battle ensued which resulted in a tense stalemate as the airfield became surrounded by onlookers and media.

At midnight, a German official announced all the hostages had been freed and all the terrorists had been killed, a report that proved to be tragically premature.

Just after midnight, a terrorist threw a hand grenade into one helicopter, still containing the hostages who were all bound together.

A second terrorist sprayed the other helicopter with bullets. All the hostages were killed.

All 11 Israelis had been killed, along with one Munich policeman, and five Black September terrorists.

For the first time in history, the Olympic Games were suspended, for 24 hours, in tribute to the murdered athletes.